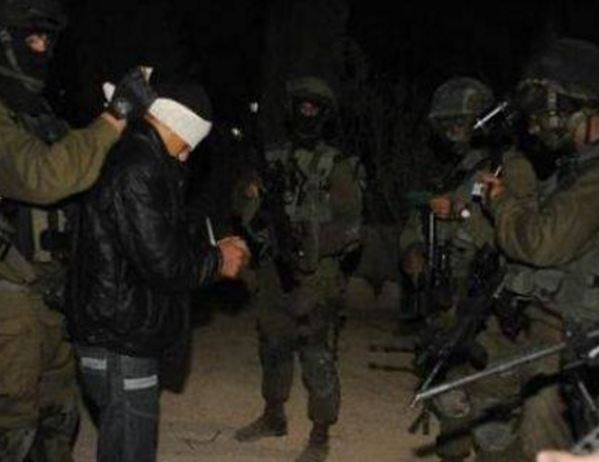 Israeli soldiers kidnapped, overnight and at dawn Wednesday, eight Palestinians, including two children (12 and 15) after the army broke into their homes, and searched them, in different parts of the occupied West Bank.The Palestinian Prisoners Society (PPS) has reported that the soldiers invaded a number of communities in Jericho, and kidnapped two Palestinians, identified as Othman Ka’abna and Khaled Abu Namous.

The soldiers also kidnapped a Palestinian, identified as Tareq Khalil, in the al-‘Ezariyya town, near Jerusalem.

In addition, the soldiers invaded Deir Samet town, south of the southern West Bank district of Hebron, and kidnapped two children, identified as Odah Abdul-Basset al-Arroub, 12, and his brother Issa, 15, and took them to the Etzion military base.

In related news, eighteen Palestinians, including three medics, were injured, Wednesday, after Israeli soldiers assaulted dozens of residents protesting the demolition of a home, in Shu’fat, in Jerusalem.

Also on Wednesday, the soldiers demolished an under construction Palestinian home, in Jabal al-Mokabber town, in Jerusalem.