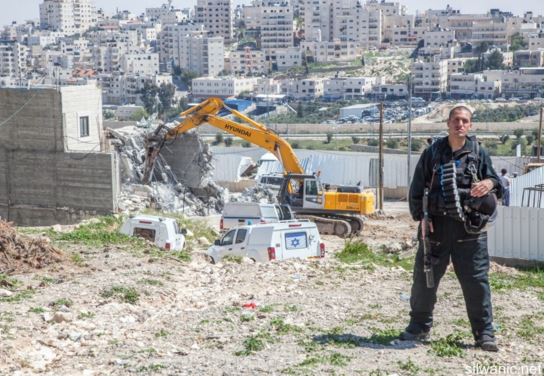 Israeli soldiers invaded, earlier Wednesday, a Palestinian home in Shu’fat neighborhood, north of occupied Jerusalem, and demolished the property that was built 15 years ago.The soldiers, accompanied by bulldozers, invaded the neighborhood, surrounded a home belonging to Kefaya ar-Rishiq, and demolished it after forcing the family out in the cold.

The demolition rendered 19 persons, including many children, homeless.

Al-Rishiq said the soldiers violently invaded her property, forcibly pushed the family out and demolished it.

The home is close to road #21 that links between many illegal Israeli colonies around occupied Jerusalem. The road poses threats to many Palestinian families in the area, who could have their homes demolished.

Also Wednesday, the soldiers demolished an under construction Palestinian home, in Jabal al-Mokabber town, in Jerusalem.