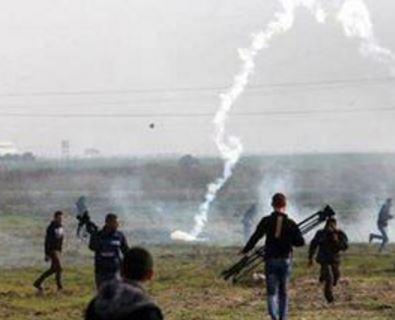 Medical sources in the Gaza Strip have reported, Friday, that at least eight Palestinians were injured by Israeli army fire, during clashes in different areas, close to the border fence in the Gaza Strip.Dr. Ashraf al-Qedra, spokesperson of the Health Ministry in Gaza, said seven Palestinians were shot, including one who suffered a serious injury.

The soldiers, stationed across the border fence, fired dozens of live rounds and gas bombs on the protesters, who hurled stones and empty bottles.

In related news, a Palestinian farmer was shot in his farmland, east of the Eastern Graveyard, in the northern part of the Gaza Strip.

Medical sources said the soldiers shot the farmer in his leg as he was working on his land, and that he was moved to the Indonesian Hospital, suffering a moderate injury.