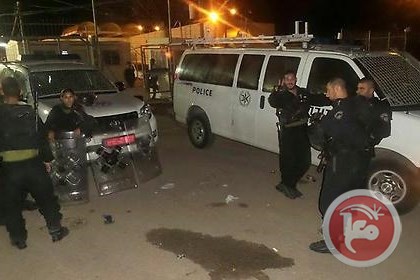 The Israeli woman was reportedly taken to a hospital in Beersheba, and that she was in moderate to serious condition.

Rahat is the largest Bedouin settlement in Israel and occupied Palestinian territories, and the only one to be recognized as a city by Israeli authorities.

Bedouins in Israel live mainly in 45 unrecognized villages scattered primarily in the region between Beersheba and Arad. They are the remnants of the Bedouin population which lived across the Negev desert until 1948, when 90 percent were expelled by Israel and the remainder confined to a closed reservation.

The majority of Bedouins in Israel and the West Bank live a relatively settled but, still, semi-nomadic lifestyle, residing in permanent villages, but pasturing livestock in adjacent areas.