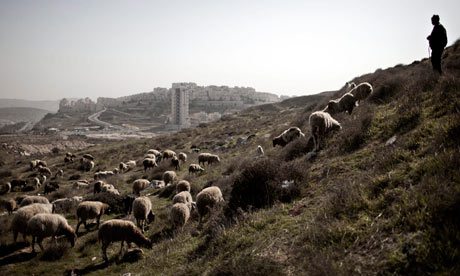 Israeli settlers, on Tuesday, physically assaulted and injured a Palestinian shepherd in Masafer Yatta, a Bedouin area to the south of Hebron, while he was grazing sheep, according to local sources.Coordinator of the Anti-Settlement Commission in Hebron, Rateb Jabour, told WAFA that Israeli settlers from a nearby illegal settlement physically assaulted 65-year-old Khader Hamad, a local Palestinian shepherd, while he was grazing sheep in the area. Hamad sustained bruises across his body, due to the attack.

Masafer Yatta, a collection of almost 19 hamlets, is located in Area C of the West Bank, and is under full Israeli administrative and military control. The area has been subject to repeated Israeli violations by settlers and soldiers targeting their main source of living, livestock.

The area relies heavily on animal husbandry, and has been a frequent target for recurrent Israeli assaults, including demolitions of animal barns, homes and residential structures.