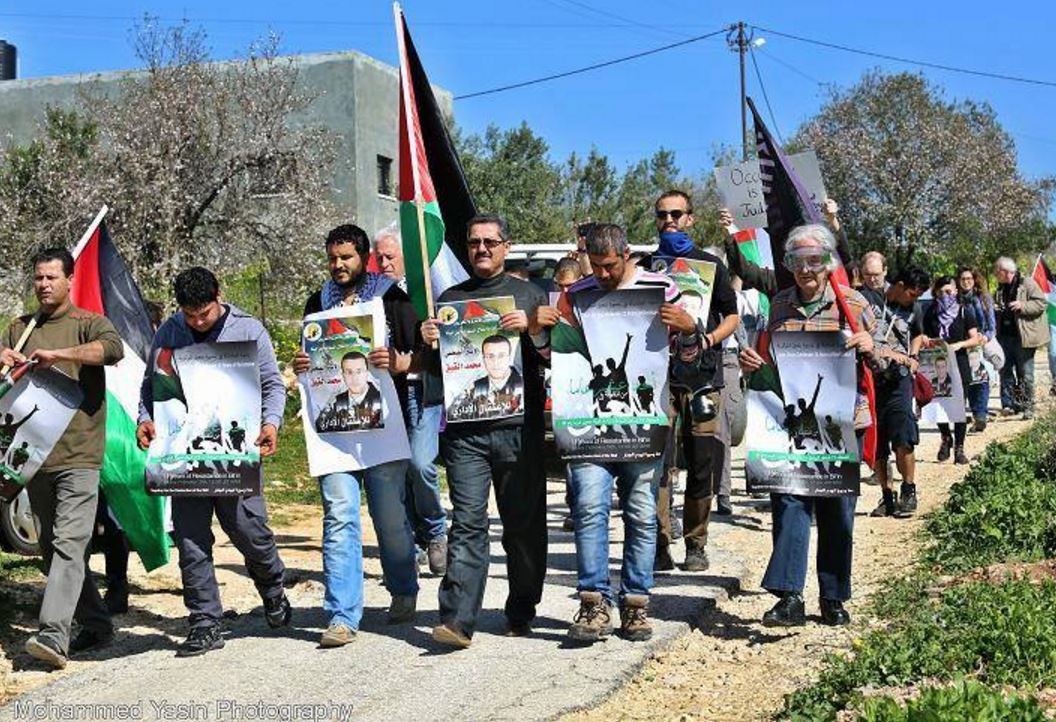 Israeli soldiers attacked, Friday, the weekly nonviolent protest against the Annexation Wall and colonies, held by Palestinian, Israeli and international peace activists, in Bil’in village, near the central West Bank city of Ramallah, causing dozens to suffer the effects of tear gas inhalation.Coordinator of the Popular Committee against the Wall and Colonies in Bil’in, Abdullah Abu Rahma, said the protesters marched from the center of the village, carrying Palestinian flags and pictures of hunger striking detainee, journalist Mohammad al-Qeeq, while chanting for the release of all political prisoners, and the liberation of Palestine.

The soldiers started firing gas bombs and concussion grenades on the nonviolent protesters, causing scores to suffer the effects of tear gas inhalation.

Abu Rahma stated that the soldiers attacked the protesters near the old section of the Annexation Wall, and near the western entrance of the village, and fired many rubber-coated steel bullets, concussion grenades and gas bombs, in addition to firing a new type of gas bombs that can reach a distance of more than 1000 meters.

He called for prosecuting Israel for its ongoing crimes against the Palestinians, land theft, assaults and violations, in addition to the nightly invasions into the occupied territories, and the constant abductions, violent searches of homes, and property.