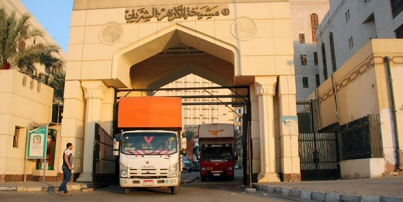 The Rafah border crossing has been ordered to be reopened in both directions on Saturday and Sunday. It is the first time in three months that the border crossing will be open. The border checkpoint has been sporadically opened to facilitate travel and not least much-needed humanitarian aid for the besieged Palestinian enclave.

Tensions between Egypt and Gaza arose when Hamas took over the Gaza Strip in 2007. Egypt has largely kept the Rafah border crossing closed since the ouster of Egyptian President Mohamed Morsi in 2013.

The ouster of Morsi by a people-powered military coup led to intense tensions between Hamas, which rules the Gaza Strip and the post-Morsi administration. Both Hamas and the ousted government of Mohamed Morsi are part of the Muslim Brotherhood that has been outlawed in Egypt after the 2013 ouster of the Morsi administration.

It is noteworthy that there is an internal dispute in Hamas concerning the party’s and its military wing, the Al-Qassam brigades interference in internal Egyptian affairs. Senior Hamas legislator Yahia Mousa, for example, warned in July 2013, that Hamas would pay a heavy price for interfering in Egypt’s domestic political affairs.

Elements of Hamas have since 2013 been involved in supporting Muslim Brotherhood and later on Islamic State associated insurgents in Egypt’s North Sinai province.

Most notable among them is Ansar Bayt Al-Maqdis which changed its name to Wilayat Sinai after it pledged allegiance to the self-proclaimed Islamic State.

Egypt’s administration led by President Abdel Fatah Al-Sisi has on numerous occasions expressed that it wishes to normalize the opening of the Rafah border crossing to help break the Israeli siege on the coastal Palestinian enclave.

Egypt also expressed regrets that the cooperation between elements of Hamas and insurgents in North Sinai forced the Egyptian military to bust smuggling tunnels which also are a vital life-line for the besieged Palestinians.

Egypt and Egyptians have themselves paid a heavy price due to the cooperation between elements of Hamas and insurgents in Egypt. Last year Egypt evacuated a one kilometer wide security zone along the border between Egypt and Palestine’s Gaza Strip and had to re-locate residents from the area.

The administration of President Al-Sisi has further pledged that it would help train Palestinian Authority border guards and that Egypt, if invited, could deploy troops to guarantee the sovereignty and security of Palestine once Israel ends its illegal occupation of Palestinian territories. The normalization of the Rafah border crossing, and with it the busting of Israel’s siege remains elusive as long as the formation of an all-Palestinian government that can enforce border controls in the Gaza Strip has not been achieved. 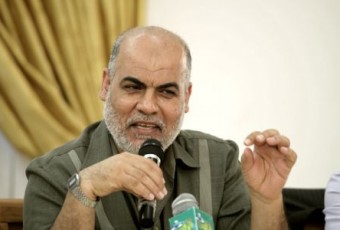