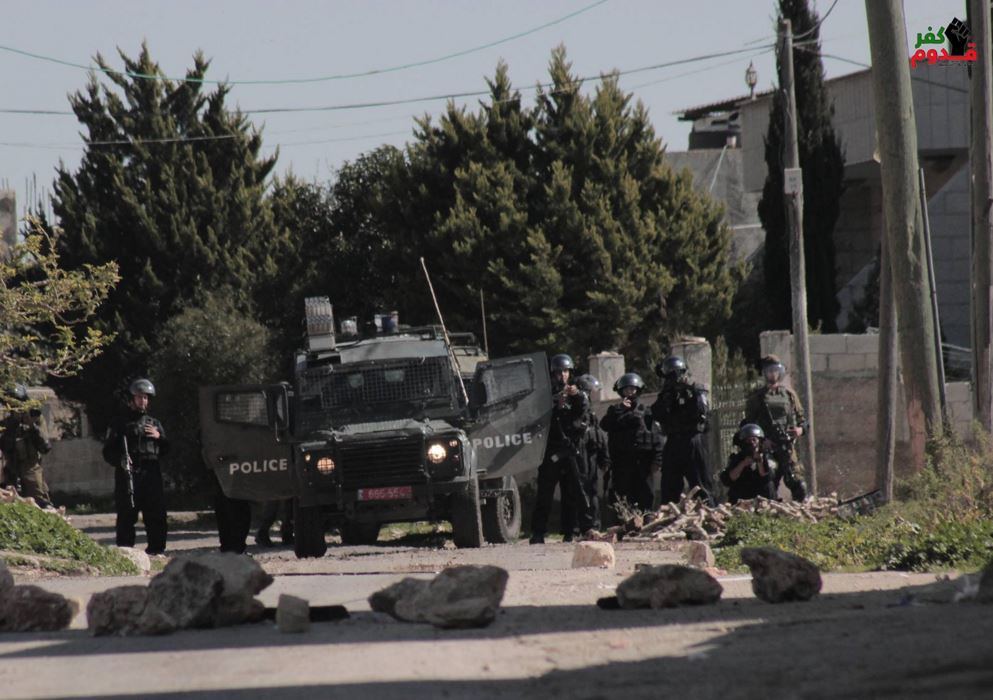 Several Palestinians have been injured, Friday, after Israeli soldiers used excessive force against the weekly protest in Kafr Qaddoum town, east of the northern West Bank city of Qalqilia.The Popular Committee against the Wall and Colonies in Kafr Qaddoum said the Palestinians marched from the center of the village, demanding the army to reopen the main road, that was blockaded more than 13 years ago, before the soldiers assaulted them.

Coordinator of the Popular Committee Morad Eshteiwy said the soldiers invaded the town, accompanied by several bulldozers and armored vehicles, and fired dozens of gas bombs and concussion grenades.

Eshteiwy added that the soldiers also sprayed the protesters, and many homes, with waste-water mixed with chemicals, and fired many gas bombs, causing several mild injuries.

The soldiers also detained a cameraman, working for the WAFA Palestinian News Agency, identified as Ayman Noubani, 24, and another cameraman, identified as Mohammad Torabi, and only released them after the protest ended, several hours later.

In addition, the soldiers attacked the weekly nonviolent protest against the Annexation Wall and Colonies, in Ni’lin village, west of the central West Bank city of Ramallah, wounding many Palestinians, including a young man suffered a serious injury, after the soldiers shot him with a rubber-coated steel bullet in his head.

Also on Friday, the soldiers attacked the weekly nonviolent protest in Bil’in village, near the central West Bank city of Ramallah, causing dozens to suffer the effects of tear gas inhalation. 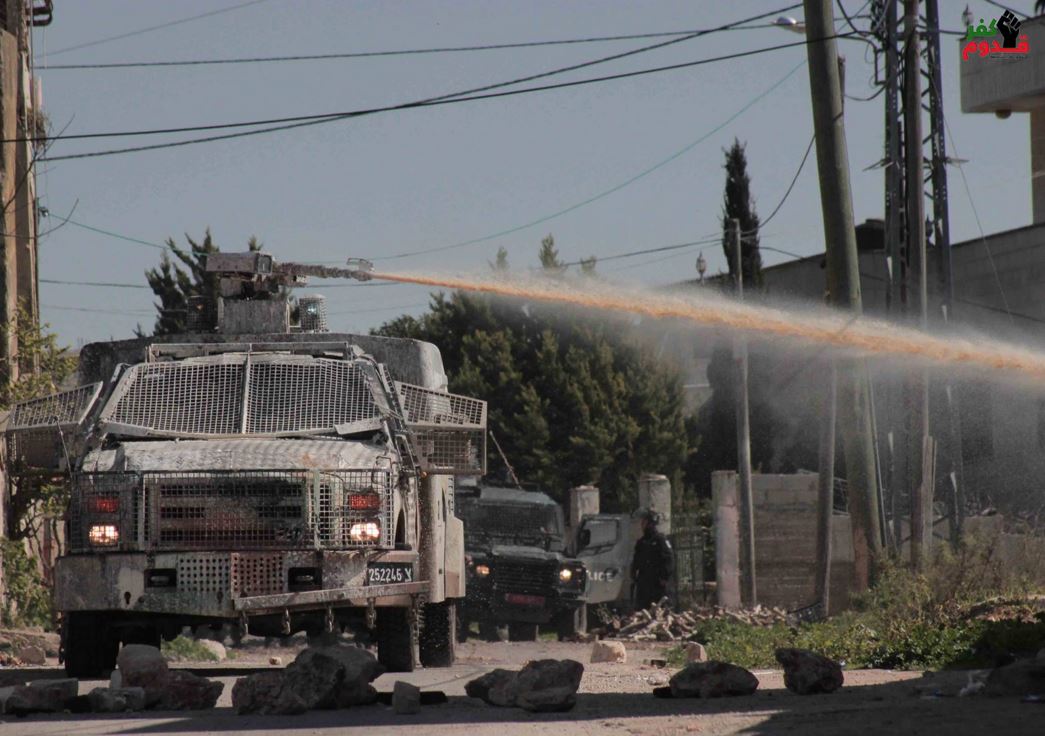