The Ethnic Cleansing of the Knesset 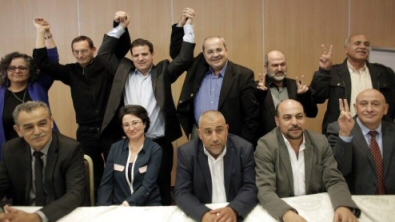 On February 8th, the Knesset Ethics Committee suspended three Joint List Members of Knesset (MK) for several months. The committee suspended the MKs for visiting Palestinian families that were mourning a relative killed by Israeli forces but had yet to receive their bodies for burial from the Israeli authorities.The MKs’ visit with the families of killed Palestinians prompted extremist, right-wing MKs, as well as prime minister Netanyahu himself, to push the Ethics Committee towards making the racist and provocative decision to suspend them – a decision that expresses a high degree of fascism.

Although the suspension of the three MKs will be appealed in the Israeli Supreme Court, it is unlikely to be overturned as the court rarely intervenes in Knesset decisions, particularly those concerning Arab deputies.

The Israeli occupation committed two crimes in regards to the grieving Palestinian families: killing their relatives and then withholding their bodies from them.

Now, on top of these two crimes is the suspension of the MKs. The Knesset members, Hanin Zoabi, Basel Ghattas and Jamal Zahalka, were defending the interests of their constituents. They are paying a price for acting on humanitarian, moral and national concerns.

Despite the suspension, the three MKs reiterated their determination to continue efforts to release the bodies that have been held in the Israeli occupation’s refrigerators for months now.

The Ethics Committee’s decision is reflective of political efforts to refashion the Knesset in ethnic terms. Recently drafted legislation, proposed by Netanyahu and the right-wing fascist parties, would allow the Knesset to expel any MK that “rejects Israel as a Jewish and democratic state or supports or incites to terrorism, armed conflict against Israel,” provided that a majority of MKs (90 out of 120) agree with the charge. If approved, the legislation could effectively exclude any Arab from being an MK, apart from those in right-wing parties.

The suspension and forthcoming legislation is evidence of the moral degeneration of the Israeli government and the right-wing, fascist parliament. Withholding the bodies of Palestinians killed by Israeli forces from their families is a crime and contradicts international public opinion. Moreover, legislating laws, the purpose of which is to disenfranchise the 21 percent of Israeli citizens who are Palestinians, is an effort to uproot Palestinians and render them strangers in their homeland.

Against the backdrop of the proposed “transparency” bill and the targeting of left-wing groups within Israeli society, Palestinian initiatives to network with these associations would send a strong message to the international community – especially as European politicians have spoken out against this proposed legislation. Global public opinion can support internal resistance.