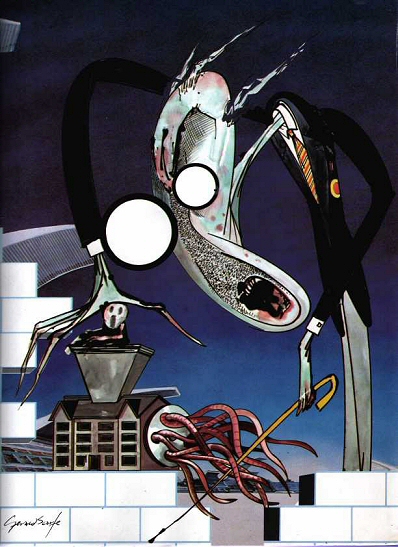 US President Barack Obama reportedly has intentions to sign a trade agreement which includes provisions that fail to differentiate between Israel and illegal settlements in the occupied Palestinian territories, as well as discourage the boycott of Israeli goods.The US government opposes the boycott, divestment, and sanctions (BDS) movement against Israel, and, while US law requires that products made in illegal Israeli settlements may not be labeled “Made in Israel”, the law is rarely enforced.

Israel has been struggling to tackle a Palestinian-led international boycott campaign which has, in fact, had a number of critical high-profile successes.

As would be expected, BDS initiatives have also faced major pushback, both in the United States and abroad.

In a landmark case which fetidly smacks of First Amendment adulterations, the Illinois State House of Representatives unanimously passed, in May of 2015, a bill which will prevent the state’s pension funds from investing in companies that boycott Israel, while UK activists are also now facing staunch state resistance to pro-Palestinian related endeavors.

A French court ruled, in October, that a group of activists advocating the BDS movement were guilty of violating French hate speech legislation.

Israeli military intelligence now monitors all BDS groups and activities all over the world, according to Haaretz, as Tel Aviv consistently aims at regaining support and encouraging investments, with a focus on colleges and universities that voted for divestment.

Israel faced a similar situation during the Second Palestinian Intifada, especially during the era of late Prime Minister Ariel Sharon, when Russian-born Israeli politician Natan Sharansky toured in many US universities, subsequently informing Sharon that Israel needs to operate in those colleges, as BDS moves “could have a significant impact on Tel Aviv.”

In August of 2013, the office of Israeli Prime Minister Benjamin Netanyahu said, according to AP, that the government would be granting scholarships to certain students who actively participate in activities promoting Israel, and improving its image, especially on social media outlets like Facebook and Twitter.

Israel recruited students who were organized in units, while “chief coordinators” of these groups received full scholarships.

Each of those “chief coordinators’” recruits three “desk coordinators” tasked with “language, graphics and research,’ and receive lesser scholarships while some active pro-Israel students get “minimal scholarships”.

Thus, the war on independent media by “security agencies” and corporations continues.

The role of hasbara, and its impact

In a breaking news article, the IMEMC recently helped to expose a hasbara group which published, on their Facebook page, a video that had apparently been edited in order to convince viewers to believe that a crutch belonging to disabled man who was being violently thrown from his wheelchair by an Israeli soldier was, in fact, a loaded weapon.

As stated in the article, Israeli news outlet +972 defines ‘hasbara’ as a form of propaganda aimed at an international audience, primarily, but not exclusively, in western countries. It is meant to influence the conversation in a way that positively portrays Israeli political moves and policies, including actions undertaken by Israel in the past.

Hasbara efforts have historically either included or been fully based on a negative portrayal of Arabs and, especially, of Palestinians. In the video below, a retired Israeli paramilitant describes how he and his cohorts were employed, in 1947, by the Israeli military to bomb — disguised as Arabs — the King David hotel in Jerusalem, when Israeli independence (from Britain) was first being established.

More recently, during the 2014 summerlong Israeli assault on the Gaza Strip, a military spokesperson released an image, on Twitter, which showed an aerial picture of a building marked as ‘Al-Wafa’ hospital. In the image there is a red circle, which they designated as the location from which an M75 rocket was launched.

As ISM notes in the second article, linked above, the building in the picture marked ‘Al-Wafa’ hospital is, in fact, not a hospital at all, but the Right to Life Society.

Clearly, the role of propaganda in the media has taken on shamefully sinister proportions, over time, the impact of which needs no further explanation.

However, where the Israeli military is concerned with distributing propaganda to the public, shame is virtually non-existent.

Certainly, one of the most horrific of events which recently occurred in Gaza was the shelling of a group of Palestinian civilians who had sought refuge in a UN school in Beit Hanoun on July 24th, 2014.

The immediate response from the Israeli government, the moment the news came out that a UN school had been hit, was to say they they were not responsible, that this was a ‘Hamas rocket gone astray.’

This is the tactic used by the Israeli military on every similar occasion, in which a high-profile attack on civilians actually reached international media channels. But, the international media apparently have pretty short memories, as every single time they just repeat the Israeli line, almost verbatim – even though, in virtually every single case, the initial Israeli pointing of fingers ultimately turns out to be completely false.

Recent Israeli air strikes have targeted locations in Gaza which are allegedly used for training by Hamas’ military wing, the al-Qassam Brigades, causing material damages to nearby homes. Although much of the rocket fire has been claimed by small militant groups operating in Gaza, the Israeli army has consistently held Hamas responsible.

In truth, the majority of the long-range weapons employed by Palestinian resistance, including the default rockets made by Hamas, are typically crude shells constructed of little more than tubes with dynamite placed inside. They are devoid of guidance systems, fired blindly, and without any possibility of aiming them. Injuries and damages are seldom reported, let alone in contrast with the devastation incurred by Israeli air and ground assaults.

Furthermore, this Monday past, a senior Israel official alleged that Hamas had been providing medical treatment to Islamic State-affiliated fighters from Egypt’s Sinai Peninsula, in claims which Hamas rejected as ‘baseless.’

Whether the claims are true or not, Israel has quite shamelessly and admittedly been providing aid to ISIL and other forces attempting to overthrow Syrian President Bashar Assad.

The quietude within the mainstream media circuit, in relation to the abject state of moral deviance within the Israeli military has yet to be fully broken. But, the egg is beginning to hatch.

In stark contrast with popular perception, a 2014 report by the Middle East Monitor revealed the Israeli army detains nearly 22,000 deserters and ‘undisciplined soldiers’ annually, while a recent BESA poll has showed that 53% of Israeli citizens agree on evacuating Israeli settlements in the occupied West Bank.

In response to enlistment papers delivered, earlier in the year, to Palestinian Christian youth who retain citizenship with Israel (in order to encourage them to volunteer for military service), church leaders called upon the youth to tear the papers up and ‘throw them away’ and not to engage with the military in any way.

The church leaders also stressed a firm national position of Christians in refusal to join a military which exercises violence against the rights of the Palestinian people.

In America, just a month before, tens of thousands of Orthdoox Jews ironically flocked to the streets of Manhattan in public protest over proposals by the self-proclaimed ‘Jewish State’ to draft its religious citizens into the army. (Military service is indeed mandatory for Israeli Jews.)

On June 9th, 2013, an estimated 100,000 Hasidim blocked Broadway, from Canal street all the way down town, in a similar protest.

For further info, see and hear former Israeli soldier Miko Peled speak on the topic of military occupation and his experience as the son of a general in the Israeli army..

Bringing it all back home

Commenting on the most recent Israeli initiatives to sabotage non-violent media actions against the apartheid state, Secretary General of the Palestine National Movement, Dr. Mustafa Al-Barghouthi recently told Palestine News Network that “this is nothing new coming from Israel.”

“Israel has set its plans long ago and spent millions of dollars to overcome BDS, but has failed,” Barghouthi said. “Instead, the movement is further escalating due to the continuous Israeli aggression, extra-judicial executions, and constantly expanding settlements which Israel refuses to freeze.”

Barghouthi added that this also indicates the amount of losses which have hit Israel, as a result of the campaign, as economists approximated the losses at $31 billion.

However, it is not enough.

Over 170 Palestinians have been killed since October, many of them children. On February 14th alone, Israeli forces shot dead 5 Palestinians, including 3 children, and critically wounded a 14-year-old girl in al-Khalil (Hebron).

Reports of Palestinian knife attacks continue to pour out of Israel and the occupied territories.

Rights groups question the legitimacy of many of these reports, while efforts by the international community to quell recent violence and return Israeli and Palestinian leadership to negotiations have, so far, failed.

See, in the video below, as an Israeli soldier is clearly seen to toss a knife at a young Palestinian woman, demanding that she retrieve it from the ground, thus forcing her to visibly take on the role of a terrorism suspect.

Israeli occupation forces have increased their abuse of power by carrying out a rampant series of extrajudicial killings of Palestinians, in a manner that is completely unjustified and, in most cases, constituting crimes of war.

Israeli politicians are now fueling the motivation to kill Palestinians by making open statements which encourage Israeli citizens themselves to become executioners.

This is not hasbara.

And, the mechanism of media-driven incitement which ensures the implementation of unjust policies by the state, via its constituencies, and with blatant regard to the more undesirable sectors those constituencies, is much more than a veritable revolving door. It is a meat grinder of a patently cannibalistic nature, by which the ‘consumer’ has found his or herself not simply ‘at the table’, but on the menu itself.