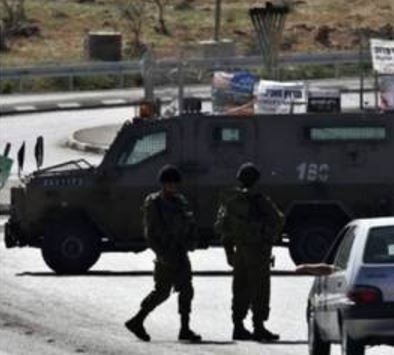 Medical sources have reported that a Palestinian worker suffered, on Thursday morning, a fracture in his leg, after Israeli soldiers assaulted him on military roadblock #300, at the northern entrance of Bethlehem.The sources said that Aysar Shalalda, 23, suffered a fracture in his left leg, and several cuts and bruises to various parts of his body, after the soldiers stopped him on the roadblock, and repeatedly struck him with their batons, in addition to kicking and punching him.

Shalalda was heading to work at a construction site in occupied Jerusalem; he was moved to the Beit Jala Hospital, in Bethlehem, for treatment.

The army frequently assaults Palestinian workers, trying to provide for their families, in addition to repeated shooting attacks and abductions.

On Wednesday, a Palestinian worker from Nahhalin town, west of Bethlehem, suffered a fracture in his leg, after falling from a high point as Israeli soldiers were chasing him, in Wadi Abu al-Hummus road, near al-Khass village, in Bethlehem district.