Clashes In Ya’bad, After Israeli Soldiers Invaded It 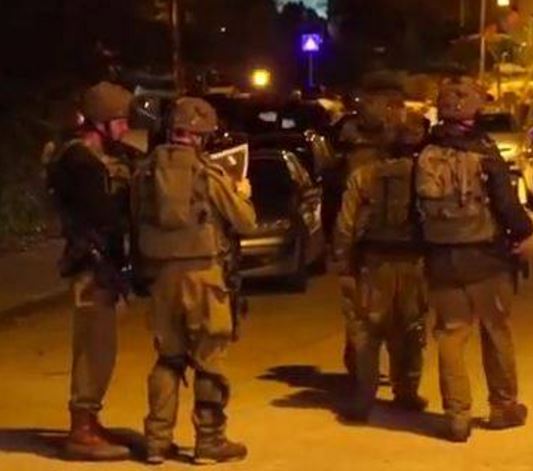 Several Israeli military vehicles invaded, on Thursday at dawn, the town of Ya’bad, south of the northern West Bank city of Jenin, and clashed with dozens of local youths, after soldiers invaded homes and searched them.Eyewitnesses said the soldiers invaded the an-Nab’a area and the Eastern Neighborhood, in the town, before breaking into and searching many homes.

The invasion led to clashes between the soldiers and local youths, who hurled stones and empty bottles on the invading vehicles, while the army fired gas bombs and concussion grenades.

The army also installed a roadblock on the village’s eastern entrance, and searched a home in Sanour nearby town, before using it as a military post and a monitoring tower for approximately one hour.

In addition, the soldiers installed roadblocks on various nearby roads, stopped and searched several cars, and examined the ID cards of many residents.