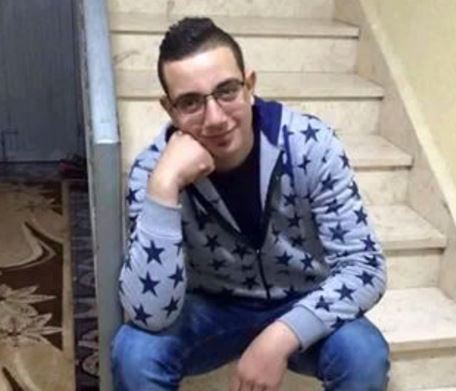 Israeli soldiers killed, on Sunday afternoon, a Palestinian teen near the Beita village junction, south of the northern West Bank city of Nablus, allegedly after he attempted to stab a soldier.Eyewitnesses said the soldiers fired more than ten live rounds at the teen, who reportedly carried a knife and ran towards the soldiers.

The Israeli army said that the soldiers shot and killed Qussai Thiab Abu ar-Rob, 17, before he was able to reach them, and that none of the soldiers was hurt.

The soldiers later handed the body of the slain Palestinian to local medics, before he was moved to Rafidia Hospital, in Nablus, and then to Jenin.

Another Palestinian, identified as Mahmoud Mo’men Kamil, 17, was kidnapped in the same incident.

Qussai, from Qabatia town, south of Jenin, is the cousin of Ahmad Awad Abu ar-Rob, 16, who on November 2, 2015, was shot dead by the soldiers, near the al-Jalama military roadblock, northeast of Jenin, allegedly after attempting to stab a soldier.

In related news, the army said it arrested a child near Bani Neim town, in the southern West Bank district of Hebron, reportedly after he tried to open the door of a military jeep “to stab a soldier.”

The soldiers subdued the child and arrested him, before taking him to an interrogation center.