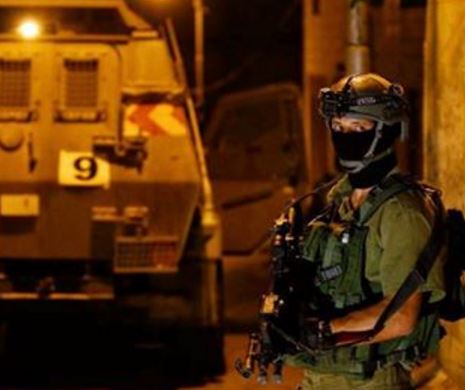 The Palestinian Prisoners Society (PPS) has reported, Sunday, that Israeli soldiers have kidnapped, overnight and on Sunday, at least 17 Palestinians in different parts of the occupied West Bank, and that among that kidnapped are two teenage girls.The PPS said that the soldiers kidnapped five Palestinians in the Hebron district, in the southern part of the West Bank, after invading their homes, and violently searching them.

In occupied Jerusalem, the soldiers kidnapped a former political prisoner, identified as Mohammad al-Ja’ba, 26, in addition to a teenage girl identified as Abeer al-Masri, in Bab al-‘Amoud area.

On Sunday before noon, the soldiers invaded ath-Thoury neighborhood in Silwan town, south of the Al-Aqsa Mosque in Jerusalem, searched many homes, and kidnapped three Palestinians identified as Ahmad Ghorab, Tha’er Salhab and Mahmoud Salhab.

In Jenin, in the northern part of the West Bank, the soldiers kidnapped Nasser Sa’adi, 18, while Ahmad Hamed Jom’a, 32, was kidnapped in Tulkarem, and Dia’ Yasser ash-Shanti, 19, was kidnapped from the al-Jalazoun refugee camp, north of Ramallah.

The PPS also said that the soldiers also kidnapped Sajida Nitham Hasan, 17, from Qusra village, in the northern West Bank district of Nablus, after stopping her on the Za’tara military roadblock, south of the city.