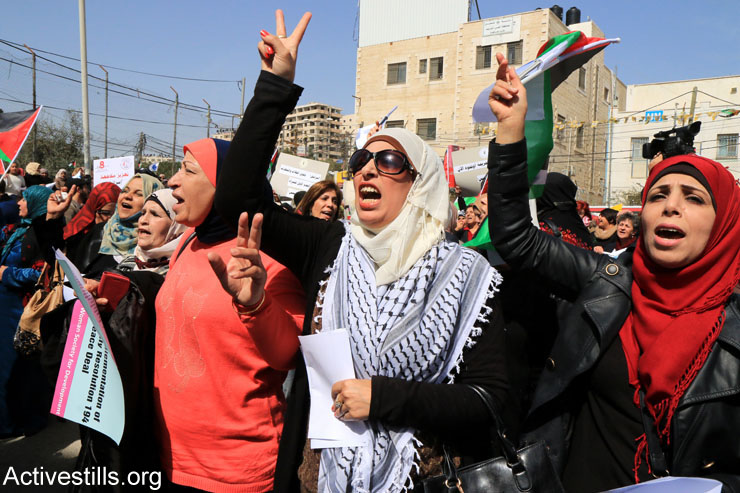 The following is a list of names of all Palestinians shot and killed by Israeli fire in the occupied West Bank, including Jerusalem, and the Gaza Strip, including one in the Negev, in the period between October 1st, 2015, and February 21st, 2016, as confirmed by the Palestinian Health Ministry.

87. Ayman Samih al-‘Abbasi, 17, from Silwan village, killed when he was participating in a demonstration organized in Ras al-‘Amoud neighbourhood. 11/29

94. Abdul Rahman Wajih Ibrahim Abdul Majid, 27. Killed at entrance to Aboud village when he pushed back against a soldier who had slapped him in the face. He was shot multiple times by three soldiers. 12/3

98. Malek Shahin, 18, Deheishe camp in Bethlehem. Shot in the head with exploding bullet during demonstration against invading Israeli forces.

101. ‘Oday Irshaid, 24, from al-Salam Street in Hebron. Hit by two bullets from to his chest and neck while participating in a protest (his younger sister Dania was killed on 10/25). 12/11

117. Mohammad Saba’ana, 23. Shot to death on the main road to Nablus, near Huwwara checkpoint. Israeli troops claimed he ‘had a knife’. 12/27

118. Nour al-Deen Saba’ana, 17, Shot to death on the main road to Nablus, near Huwwara checkpoint in same incident. From Qabatya village, southeast of Jenin. 12/27

126. Ali Abu Mariam (Ali Mohammad Hajj Mohammad), 26 from al-Jadeeda village near Jenin, a third year student at al-Quds Open University, killed at al-Hamrah checkpoint, southeast of Tubas, when Israeli soldiers were searching cars and made a claim of an ‘attempt to stab’ them, but provided no evidence of that claim. 1/9

133. Wisam Marwan Qasrawi, 21, from Masliya village, southeast of Jenin. Qasarwah stepped out of a taxi after crossing a checkpoint, allegedly threw a knife at the Israeli soldiers from a far distance, but it did not hit anybody. As a result, Israeli soldiers stationed in the watchtower established at the checkpoint shot him dead with 10 bullets. 1/16

135. Roqayya Eid Abu Eid, 13. Killed by an armed guard of Anatot Israeli colony. Israeli officials claimed “she had a knife”, but her family contradicted that claim. 1/24

136. Mohammad Nabil Halabiyya, 16. Killed near Abu Dis when an explosive he was carrying detonated prematurely. 1/24

137. Ibrahim Osama Yousef ‘Allan, 23. Shot to death by Israeli soldiers along with another Palestinian after he was accused of stabbing to death an Israeli woman in Holon settlement. 1/25

139. Amjad Sokkari Abu Omar, 35. Killed at Beit El checkpoint after he allegedly opened fire at the Israeli soldiers stationed at the abovementioned checkpoint and wounded 3 of them. 1/31

140. Ahmad Toba, 19. Killed by Israeli forces while attempting to sneak from his home in Kufor Jamal village, south of Tulkarem, into Israel in pursuit of work. 2/1

141. Ahmad Awad Abu al-Rob , 21. Was killed, along with two others accused of killing an Israeli police officer, Hadar Cohen, and wounded another, during an armed attack near Damascus Gate, in East Jerusalem’s Old City. 2/3

144. Haitham Ismael Mohammad al-Baw, 14. Was killed by Israeli army fire after he, and another Palestinian, allegedly ‘attempted to throw Molotov cocktails’ at a military roadblock. 2/5

145. Omar Yousef Madhi Jawabra, 15. Israeli soldiers invaded al-‘Arroub refugee camp, north of Hebron, and shot him with a live round that penetrated his heart and exited from the left side. 2/10

146. Kilzar Mohammad al-Oweiwi, 18. Israeli soldiers shot her three times, including one bullet that passed through her lung and lodged in her neck. She was denied medical treatment by the soldiers who surrounded her as she bled to death. The army claims she attempted to stab a soldier. 2/13

147. Naim Ahmad Yousef Safi, 17. Israeli soldiers shot him as he was trying to cross a military roadblock near al-Khass and an-No’man villages. The soldiers accused him of “attempting to stab a soldier.” 2/14

148. Nihad Raed Mohammad Wakid, 15. Israeli soldiers shot and killed him and another 15-year old near the Annexation Wall section west of Jenin. The soldiers prevented local medics from approaching the two wounded children, and left them bleeding on the ground for two hours. 2/14

150. Mansour Yasser Shawamra, 20. Was killed, along with another 20-year old, after exchanging fire with Israeli soldiers and officers near the light-rail station, in Bab al-‘Amoud area, in Jerusalem. 2/14

152. Mohammad Ziad Abu Khalaf, 20. The Israeli army shot him allegedly after he attempted to stab police officers, mildly wounding two before he was shot dead. He was first shot with two live rounds, followed by dozens more shots after he was already injured and bleeding on the ground. 2/19

153. Khaled Tareq Yousef Taqatqa , 21. From Beit Fajjar town, south of Bethlehem. Was killed by Israeli army fire after the soldiers invaded the town. Medics said the young man was left bleeding on the ground, after the soldiers prevented them from approaching him. 2/19

154. Aabed Abdullah Hamed, 20. From Silwad town, east of Ramallah. Was killed after Israeli soldiers invaded the town, and shot him, allegedly after he tried ram them with his car. 2/19

155. Qussai Thiab Abu ar-Rob, 17. Killed by Israeli soldiers who accused him of having a knife in his hand. Eyewitnesses contradicted the soldiers’ account. He was the cousin of Ahmad Awad Abu ar-Rob, 16, who was killed in November. 2/21

156. Shadi Hussam Doula, 20. 10/9. Killed when Israeli troops opened live gunfire at Palestinian protesters in al Faraheen area east of Khan Younis city in the southern part of the Gaza Strip. Six Palestinians were killed in Gaza on the same day.

166. Rahaf Yahya Hassan, two years old. Killed along with her mother in an Israeli airstrike. 10/11

178. Yousef Abu Sbeikha al-Boheiri, 48 – al-Boreij Camp – died after Israeli forces shot him two days before, while he was working on his farmland. 12/28

181. Mohammad Majdi Qaita, 26, killed in Khan Younis during protest in which Palestinians tried to dismantle part of the Israeli Wall. 1/15

Also, during the police intervention in the 12/23 stabbing near Damascus Gate, Ofer Ben-Ari, 46, was accidentally shot and killed by Israeli police.