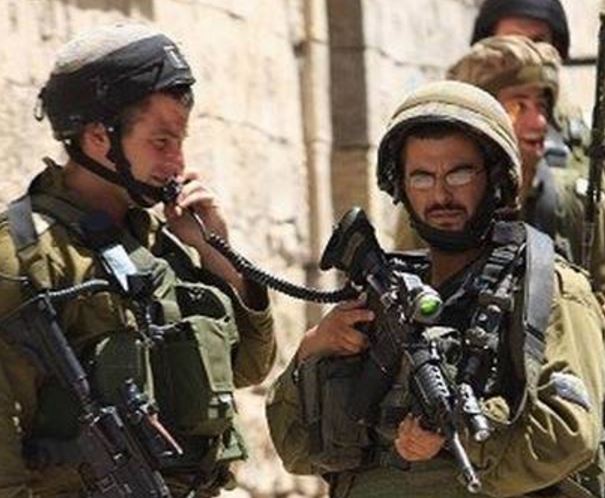 Israeli soldiers invaded, on Monday at dawn, several Palestinian communities in the West Bank districts of Bethlehem and Jenin, searched many homes and kidnapped two Palestinians.Media sources in Bethlehem said the soldiers invaded Beit Fajjar town, south of the city, searched a few homes, and kidnapped Mohammad Samir Deeriyya, 19, and took him to the Etzion military base.

In Jenin, in the northern part of the occupied West Bank, the soldiers invaded Jaba’ town, south of the city, searched and ransacked at least two homes, and interrogated the families.

In addition, the soldiers invaded the home of Ammar Hammouri, who was kidnapped by the army several days ago, in addition to the home of a young man, identified as Nimir Alawna, but he was not at home during the invasion.

Furthermore, the soldiers invaded the home of Qussai Thiab Abu ar-Rob, 17, who was killed by the army, on Sunday, February 21, near the Beita village junction, south of the northern West Bank city of Nablus.

Jenin Governor, Kamal Abu ar-Rob, said the soldiers interrogated Qussai’s family and violently searched their home, and that the soldiers closed all roads leading to the village with sand hills, completely isolating it, and prevented the residents from entering or leaving it.

He added that the soldiers conducted extensive military searches of homes, photographed many of them, and interrogated the families, including the families of Faisal Abu Omar Kamil and Saleh Zeidan Kamil.