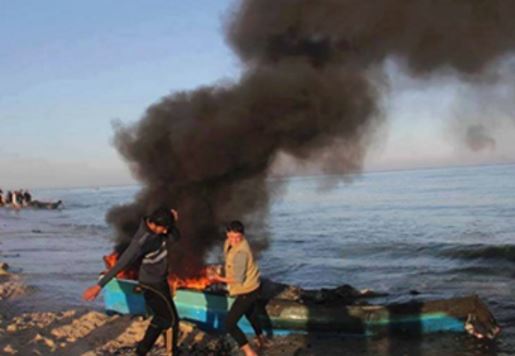 Israeli navy ships opened fire, Wednesday, on a number of Palestinian fishing boats near the shore, in the central part of the Gaza Strip, and northwest of Gaza city, causing damage. The navy fired dozens of rounds at the fishing boats while they were only four nautical miles away from the Gaza shore, forcing the fishers back to shore, without being able to fish to provide for their families.

The navy frequently attacks fishing boats in Gaza, and repeatedly kidnaps fishers and confiscates their boats. Such attacks led to dozens of casualties, including many fatalities, in addition to the abduction of many fishers.