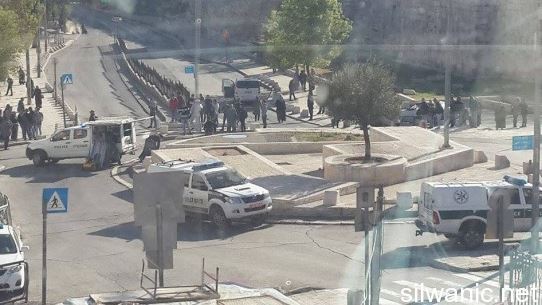 The soldiers also installed roadblocks in different neighborhoods in Hebron city and Halhoul town, and kidnapped Anan Zama’ra, from his home in Halhoul.

Another Palestinian, identified as Jawhar Azzam Shehada, was kidnapped after the soldiers invaded and searched his home in Yatta city; the army claimed it found a pistol in his home.

The Wadi Hilweh Information Center in Silwan (Silwanic) said the soldiers closed the entire area, and conducted thorough searches, before explosive experts were called to the scene.

In Qabatia, south of the northern West Bank city of Jenin, the soldiers searched a few homes and kidnapped a young man, identified as Tawfiq Mahmoud Zakarna, 20.

The soldiers also handed demolition orders to the families of Ahmad Najeh Zakarna, Ahmad Najeh Abu ar-Rob and Mohammad Hilmi Kamil, informing them that their homes will be demolished on January 29.

The three Palestinians were shot dead, earlier this month, after they killed an Israeli police officer and wounded another during an armed attack near Damascus Gate, in Jerusalem’s Old City.