Palestinian Woman Killed, Her Daughter Injured, After Being Struck By Israeli Settler’s Car 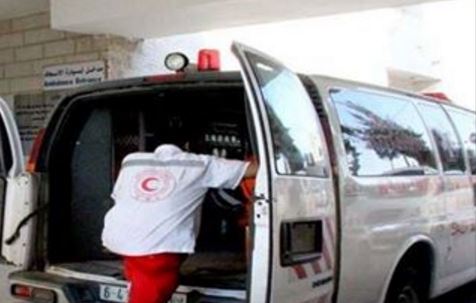 Palestinian medical sources have reported that a Palestinian woman was killed on Tuesday night, and her daughter was moderately wounded, after being struck by a speeding Israeli settler’s car on the al-‘Oja road, in the Southern Pains of the Jericho district.The WAFA Palestinian News Agency said the woman has been identified as Zainab Rashayda, 60, and that her daughter, Fatima Abed Yassin, 30, suffered moderate wounds and was moved to the Jericho governmental hospital.

Palestinian Police spokesperson lieutenant Luay Erzeiqat said that the Police were informed about an Israeli car that rammed the woman and they initiated an investigation. However, the area where the incident took place is under full Israeli control, so the Palestinian police are prevented from investigating.

Jericho Governor Majed al-Fityani told the Maan News Agency that the Israeli police tracked the driver down, and apprehended him. Israeli sources said the driver phoned the police, and informed them of his location.

Red Crescent medics moved the deceased woman, and her wounded daughter, to the Jericho Hospital.

There have been dozens of incidents where Palestinians, including children and elderly, were killed after being rammed by speeding Israeli settlers, in different parts of the occupied West Bank, and dozens injured in similar incidents, but the Israeli army never apprehended them, or even opened credible investigations.

In October of 2015, a child identified as Enas Shawkat Dar Khalil, only five years of age, was killed, and her friend Tulin Omar ‘Asfour, 5, was seriously injured, after an Israeli settler rammed them with his car, near Sinjil town, located near the Central West Bank city of Ramallah.

On September 2, 2015, a Palestinian shepherd was injured, and eight of his sheep were killed, after being rammed with a speeding settler’s car, east of Yatta, in the southern West Bank city of Hebron.

On November 15, 2015, a 2-year-old toddler was injured after an Israeli military vehicle struck him in Bir Niabala town, northwest of occupied Jerusalem, while a Palestinian woman was also injured in a similar incident in Ramallah.