27 Palestinians Kidnapped By The Israeli Army In The West Bank 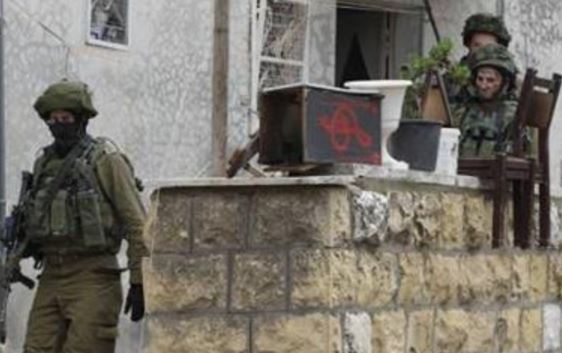 In Hebron, in the southern part of the West Bank, the soldiers kidnapped Jibreel Ahmad al-Hawamda, 24.

In the Bethlehem district, the soldiers invaded Doha town, and kidnapped Mohammad Monjed Khallaf, while resident Fawzi Mohammad ar-’Ra’ey, from Jericho, was kidnapped on the Container military roadblock, east of occupied Jerusalem.