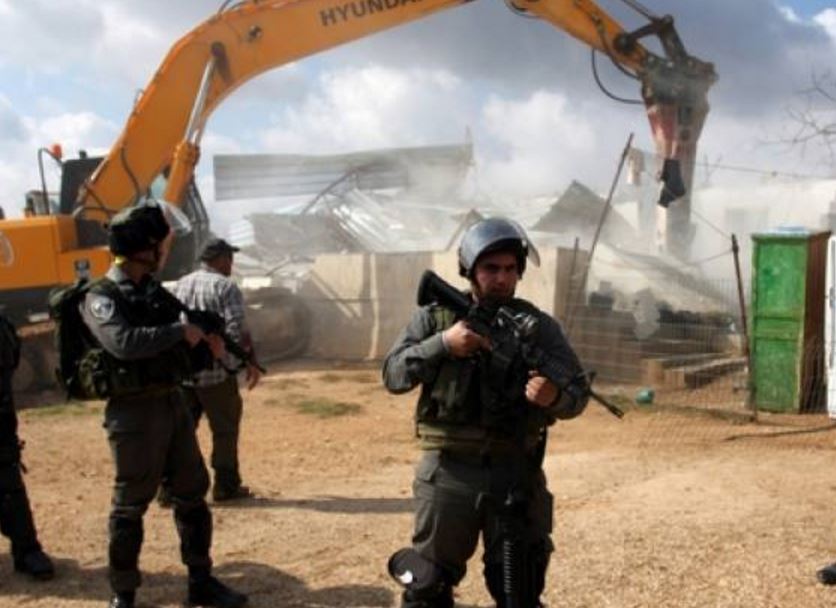 Several Israeli military vehicles and armored bulldozers, invaded on Thursday at dawn Nil’in village, west of the central West Bank city of Ramallah, and demolished agricultural structures and barns.Mohammad ‘Amira, a member of the Popular Committee in Bil’in, said a large military force surrounded the village, and invaded it, especially the al-Emhallel area, in its eastern part.

He added that the soldiers proceeded to demolish agricultural structures, barns several sheds.

The army claims the structures “are close to a settlement road,” although the colonies and their segregated roads were illegally built on Palestinian lands.