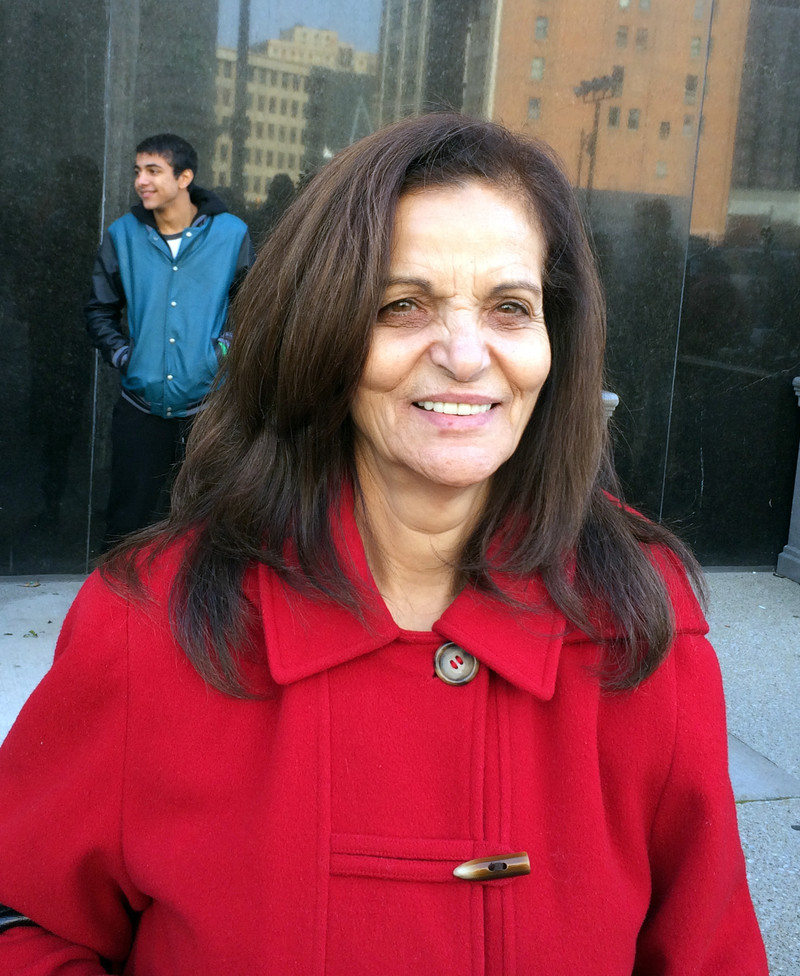 Rasmea Odeh, a Chicago-based Palestinian-American activist, had immigration fraud charges against her vacated by the U.S. Court of Appeals on Thursday. Odeh and her supporters have long claimed that the case against her was politically motivated, since she is an outspoken supporter of Palestinian human rights.The case will now return to the court where she was initially convicted, but in the new trial she will be allowed to present testimony about her past torture and trauma. In her initial trial she was forbidden from presenting any information about her imprisonment, torture and abuse by the Israeli military.

Odeh has lived for decades in the US, where she has been such a valued and loved community member and organizer. She served for years as associate director at the Arab American Action Network in Chicago, Illinois.

She was convicted of immigration fraud in 2014 for failing to disclose a 1969 arrest and conviction in an Israeli military court on her U.S. immigration and naturalization documents.

Odeh had been subjected to torture, including rape, by Israeli interrogators, and forced to sign a false confession. According to Odeh and her lawyers, the U.S. government knew, at the time of her entry, about her experience as a political prisoner, as this was the reason she came to the U.S.

But decades later, the government charged her with failing to note on her immigration application that she had served time in an Israeli prison.

Following Thursday’s decision to vacate her conviction, the Center for Constitutional Rights issued a statement saying, “The court’s decision presents a great victory to anti-torture advocates and survivors of torture.”

The statement continued, “It affirms that severe human rights violations should be taken seriously when deciding domestic cases impacted by the effects of those violations and that the experience of torture can have recurring psychological effects on the memory of survivors. We hope this legal nightmare will soon be over for Rasmea, who has been forced to relive unthinkable trauma throughout this process.”

CCR filed an amicus brief in the appeal of Odeh’s conviction on behalf of five organizations with extensive expertise on the psychological and physical impact of torture on victims: the International Rehabilitation Council for Torture Victims, Bellevue/NYU Program For Survivors of Torture, Public Committee Against Torture In Israel, REDRESS, and World Organization Against Torture. The brief argued that the jury should have been able to consider expert testimony from health professionals about Odeh’s psychological state, in order to determine whether she “knowingly” misrepresented whether she had been arrested or convicted on immigration forms.

Odeh was initially arrested in November of 2014, and held in prison for a month awaiting a hearing. She was released on bail in December 2014, and faced trial in March 2015. She was found guilty and sentenced to 18 months in prison, as well as having her U.S. citizenship taken away.