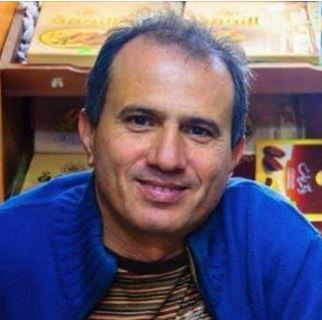 The family of former political prisoner, Omar Nayef Zayed, 52, from al-Yamoun town in Jenin District, in the northern part of the occupied West Bank, said that their son, who escaped from Israeli detention 25 years ago, and was fighting extradition, was apparently assassinated in the Palestinian embassy in Bulgaria.Zayed suffered various wounds in his upper body, while initial investigations revealed that he was not shot, and was found in the embassy’s garden.

Zayed took refuge in the Palestinian embassy in Bulgaria, after the Israel officially demanded, on December 15 2015, his extradition to Tel Aviv, and was given 72 hours to turn himself in. Israel holds him responsible for an attack, that led to the death of an Israeli settler, 27 years ago.

His brother told Radio Orient in Bethlehem that Zayed’s son informed his family of the death of his father, in mysterious circumstances, adding that what happened was an assassination.

Ahmad held Israel, Bulgaria and the security at the Palestinian embassy, responsible for his brother’s murder, and said that, while his brother was receiving repeated death threats, and extradition attempts, “providing him with the needed protection would not have been a difficult task.”

Zayed was taken prisoner in 1986, after Israel accused him of participating in the killing of an Israeli settler, while operation in a cell for the leftist Popular Front for the Liberation of Palestine (PFLP), but managed to escape, and left the country to Bulgaria in 1990, where he got married and became a father of three.

The Israeli army kidnapped Zayed in 1986, and sent him to a military court that convicted him of involvement in the killing, and sentenced him to life in prison.

He held a 44-day hunger strike in the year 1990, and was sent to a hospital in Bethlehem, where he managed to escape, and left the country. In 1994, he entered Bulgaria, and got married later; his wife and three children are Bulgarian citizens.

The Popular Front for the Liberation of Palestine strongly denounced Zayed’s murder, and held Israel responsible, especially since Tel Aviv has been seeking his arrest.

The Palestinian Foreign Ministry said embassy employees found Jaradat in the embassy’s garden, and that he was still alive, and bleeding, but died while being moved to a hospital.

The Ministry added that it was closely following the case, in an attempt to obtain detailed information.
The Palestinian Detainees Committee said the prosecutor’s office in Bulgaria was demanding holding Zayed in detention for 72 hours until ordering his transfer to Israel.

The Committee added that Omar never turned himself to the Bulgarian Authorities, and that his killing was politically motivated.

It is worth mentioning that, nine days on February 17, Jenin Governor Ibrahim Ramadan, sent a letter to the Palestinian ambassador in Sofia, asking them to provide Zayed with the needed support against Israel’s attempts to extradite him, and expressed concern about his fate.