Israeli army kills one Palestinian, injures 17 others in Jerusalem 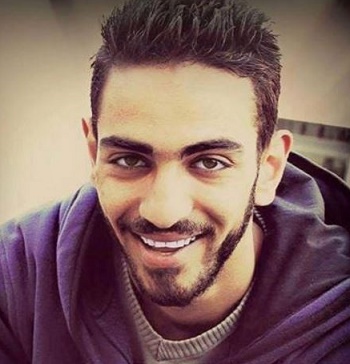 Israeli Soldiers killed, overnight, one Palestinian and injured at least seven others, one seriously, after the army invaded Qalandia refugee camp, in the north of occupied Jerusalem. The invasion was initiated late at night, Monday, and lasted until dawn hours Tuesday.Media sources in the camp said dozens of Israeli military vehicles invaded the camp while military helicopters flew overhead.

The invasion led to clashes between the soldiers and dozens of local youngsters, who hurled stones and empty bottles at them.

The slain Palestinian was a fourth-year journalism student at Al-Quds University and a member of the Qalandia Media Center. He died of his wounds in a Palestinian ambulance that was rushing him to the Palestine Medical Center, in Ramallah.

Several Palestinians were also shot with live rounds, many others were shot with rubber-coated metal bullets and dozens suffered the effects of tear gas inhalation.

The clashes lasted for several hours, while undercover Israeli soldiers also infiltrated the camp, allegedly searching for two missing soldiers, after one of them sent a distress signal.

Israeli daily Haaretz said that prior to the massive invasion, a firebomb had struck and burnt an army vehicle in the camp, forcing the soldiers to leave their burning vehicle. One of them was incommunicado for one hour.

The news agency reported that the initial army investigation found that two soldiers invaded the camp “by mistake,” before their vehicle was hit by stones and a firebomb; the two fled the burning vehicle, apparently in different directions, and that one of them hid in the courtyard of a Palestinian home, before calling for backup.

According to Haaretz, the slain Palestinian was killed during subsequent clashes in the camp, and that ten Israeli soldiers were injured.

The army said it will be investigating the incident, especially the reasons for invading the camp in the first place.
Some Palestinian fighters also exchanged fire with the invading Israeli soldiers, after the army managed to extract the missing soldiers.

In addition, the army prevented many Palestinian ambulances from entering the camp, and declared it a closed military zone.

During the invasion, a Palestinian home near the refugee camp caught fire after the soldiers fired gas bombs, concussion grenades and live rounds, targeting the property and many nearby homes.