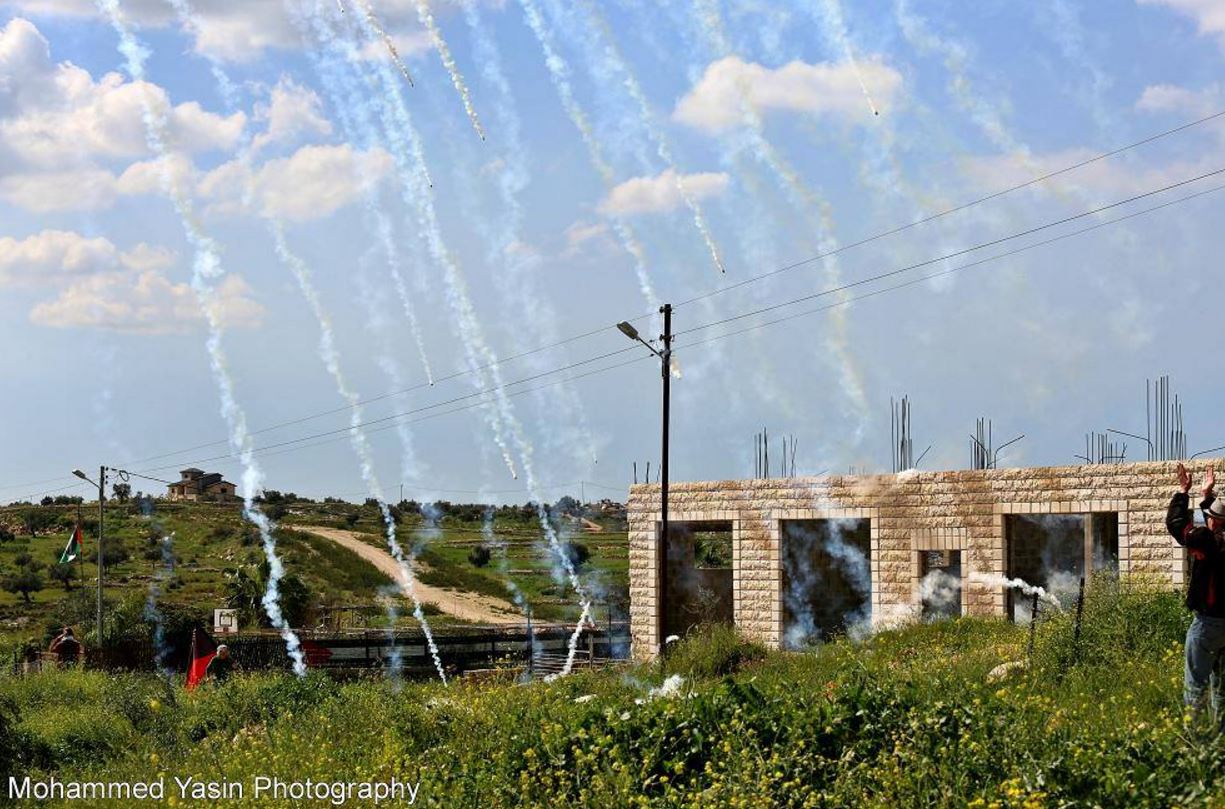 Israeli soldiers assaulted, Friday, dozens of Palestinian, Israeli and international peace activists, holding the weekly nonviolent protest against the Annexation Wall and colonies, in the village of Bil’in, near the central West Bank city of Ramallah.The Popular Committee against the Wall in Bil’in said the soldiers used a drone to photograph the protesters and their movements in the village.

The procession started from the center of the village, before the protesters marched carrying Palestinian flags, and chanting for national unity, the liberation of Palestine, the release of all political prisoners, and called for boycotting Israel and resisting its illegal occupation of Palestine.

The soldiers fired a barrage of gas bombs on the protesters, causing scores to suffer the effects of tear gas inhalation.

Abdullah Abu Rahma, the spokesperson of the Popular Committee in Bil’in, said the Palestinians and their supporters, will continue their struggle against Israel’s apartheid and oppression, and will never abandon their legitimate rights of liberation and independence.

He also called for massive support and participation in the activities of “The Apartheid Week,” locally and internationally to expose Israel’s ongoing violations against the Palestinian people, their properties, and lands, in different parts of occupied Palestine.