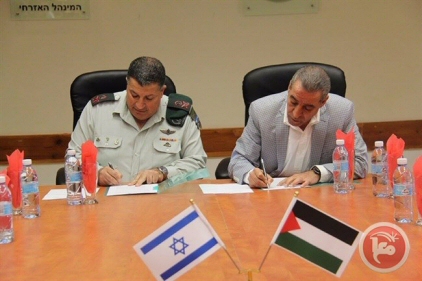 A delegation from the Palestinian Authority (PA) officially warned Israeli authorities, several days ago, that the Palestinian government would end its security coordination with Israel if the state did not ‘commit to past agreements,’ a member of the PLO executive committee stated.Wassel Abu Youssef said, according to Ma’an News Agency, that the head of PA Intelligence, Majed Faraj, as well as Palestinian Minister of Civil Affairs Hussein al-Sheikh, and head of PA preventive security, Ziyad Hab al-Reeh, met with an Israeli security delegation to deliver the warning.

The PA delegation informed their Israeli counterparts that the PLO Central Council came to an official decision to work towards ending security coordination with Israel if the ‘current situation’ were to continue, Abu Youssef said.

Abu Youssef stressed that Palestinian leadership does not fear the consequences of ending security coordination, as Israel is already ‘carrying out an open war against Palestinians.’

He added that the decision to end security coordination has the support of other Arab countries.
According to Abu Youssef, PA leaderships expect to be contacted by Israeli authorities trying to challenge the Palestinian government and to pressure the PA to reconsider its stance.

Defacto Palestinian President and Fateh leader Mahmoud Abbas made the same announcement during a speech at the United Nations General Assembly this past October 30th, and, before this, during an escalation of tensions surrounding Al Aqsa Mosque and annexed East Jerusalem, in November of 2014.

While many understood the president’s speech to be groundbreaking, no clear changes have been made in regards to security cooperation between the PA and Israel in occupied Palestinian territory.

11/19/14 Amid State of Escalating Violence, Abbas Says Palestinians Can No Longer Live with Status Quo