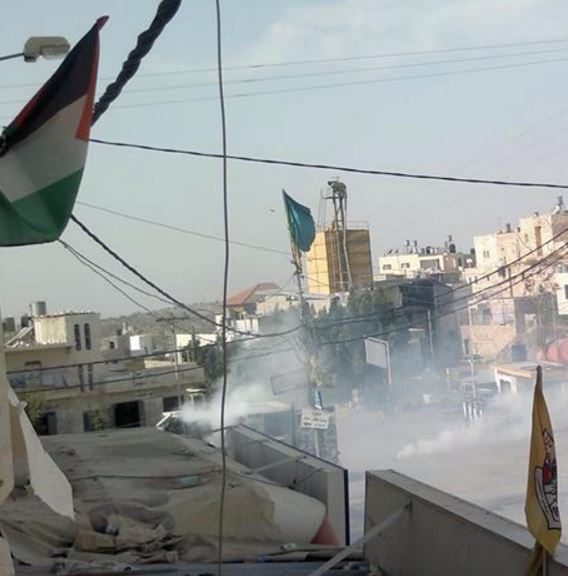 Several protesters suffered, Friday, the effects of tear gas inhalation, after Israeli soldiers assaulted the weekly nonviolent protest against the Annexation Wall and Colonies, in Ni’lin village, west of Ramallah.The protesters marched from the center of the village, chanting for unity and the liberation of Palestine, while carrying Palestinian flags and posters, and headed towards the Wall.

The Popular Committee in Ni’lin said the soldiers used excessive force as the protesters reached the southern area of the village, and started firing gas bombs on them.

It added that the soldiers also chased many protesters in the village, while firing more gas bombs, causing dozens of residents to suffer the effects of tear gas inhalation.

Also on Friday, the soldiers assaulted dozens of Palestinian, Israeli and international peace activists, holding the weekly nonviolent protest against the Annexation Wall and colonies, in Bil’in village, near the central West Bank city of Ramallah.