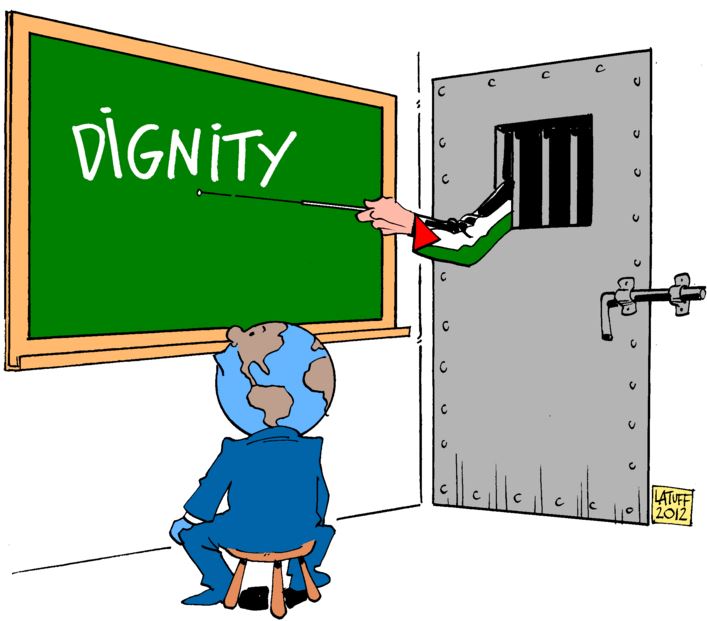 The Palestinian Detainees’ Committee has reported that two detainees, held by Israel without charges or trial, have declared an open-ended hunger strike, demanding Israel to end their arbitrary Administrative Detention, without charges.
The Committee said that detainee Daoud Habboub, from the al-Am’ari refugee camp, in Ramallah, started his hunger strike on March 1.

He is currently held in the Negev detention camp, without charges or trial.

Habboub was previously imprisoned by Israel for more than four and a half years.

It added that detainee Mohammad al-Fasfous, from Doura town in the southern West Bank district of Hebron, is ongoing with his hunger strike since February 20.

In addition, the committee said that more detainees will likely join the strike this coming week, as Israel continues to illegally hold them under Administrative Detention orders.