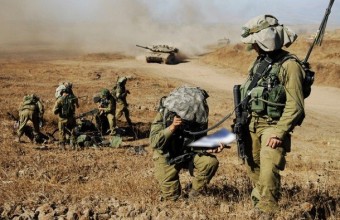 Witnesses told Ma’an News Agency that the Palestinians left the area fearing for their safety. Medical sources said that no injuries were reported.

An Israeli army spokesperson said she was looking into the reports.

Palestinians regularly face live fire from Israeli forces inside and close to the ‘buffer zone’ along the border between Gaza and Israel.

The Israeli army says the use of live fire is necessary to deter potential ‘security threats.’ However, the practice has destroyed much of both the agricultural and fishing sectors of the impoverished coastal enclave, which has been under Israeli blockade nearly nine years.