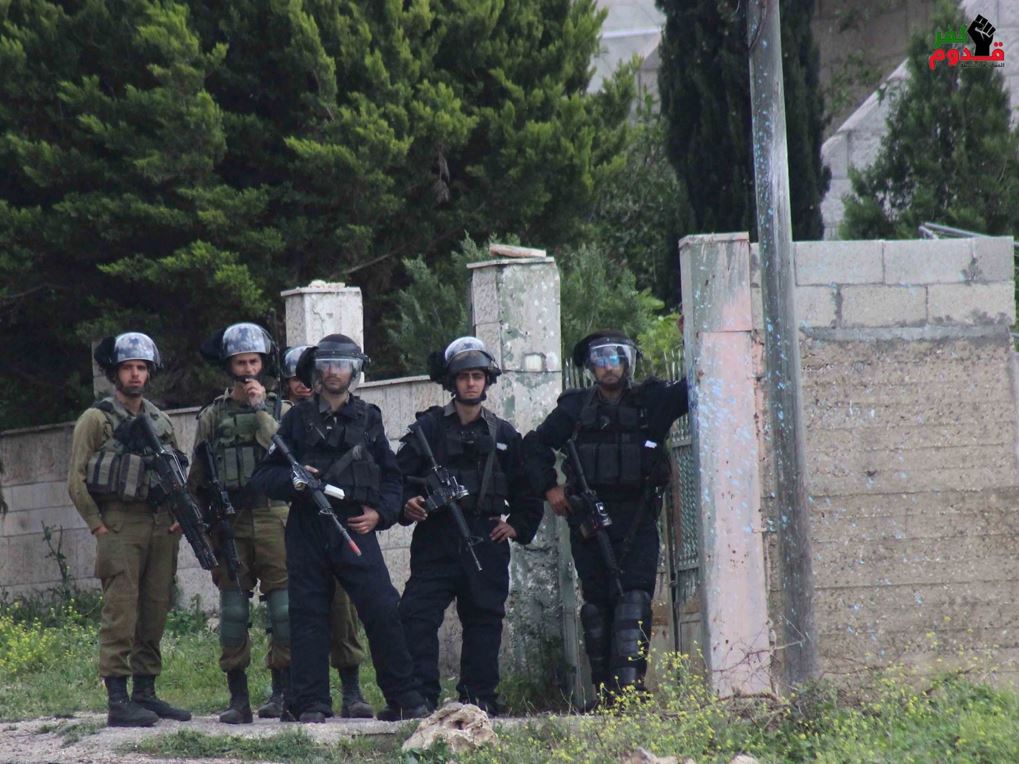 Israeli soldiers assaulted, Friday, the weekly nonviolent protest in Kufur Qaddoum town, in the northern West Bank district of Qalqilia, fired many rubber-coated metal bullets, and gas bombs, before invading it. The protest started from the center of the town, following Friday noon prayers, when dozens of residents, accompanied by Israeli and international activists marched carrying Palestinian flags and chanting for the liberation of Palestine.

Media spokesperson of the Popular Committee in Kufur Qaddoum Murad Eshteiwy said the soldiers used excessive forces against the protesters, and deployed many sharpshooters in the village’s olive orchards, and between many homes.

He added that many residents suffered the effects of tear gas inhalation, especially after the soldiers targeted a number of homes in the town.

The soldiers also sprayed the home of resident Abdul-Razeq Amer with waste-water mixed with chemicals, for the second time since last week’s protest.

Clashes took place in the town after several army vehicles, including a military bulldozer, invaded it while firing many rubber-coated steel bullets.

Also on Friday, the soldiers assaulted the weekly nonviolent protests against the Annexation Wall and colonies, in Ni’lin and Bil’in villages, west of the central West Bank city of Ramallah, causing dozens to suffer the effects of teargas inhalation. 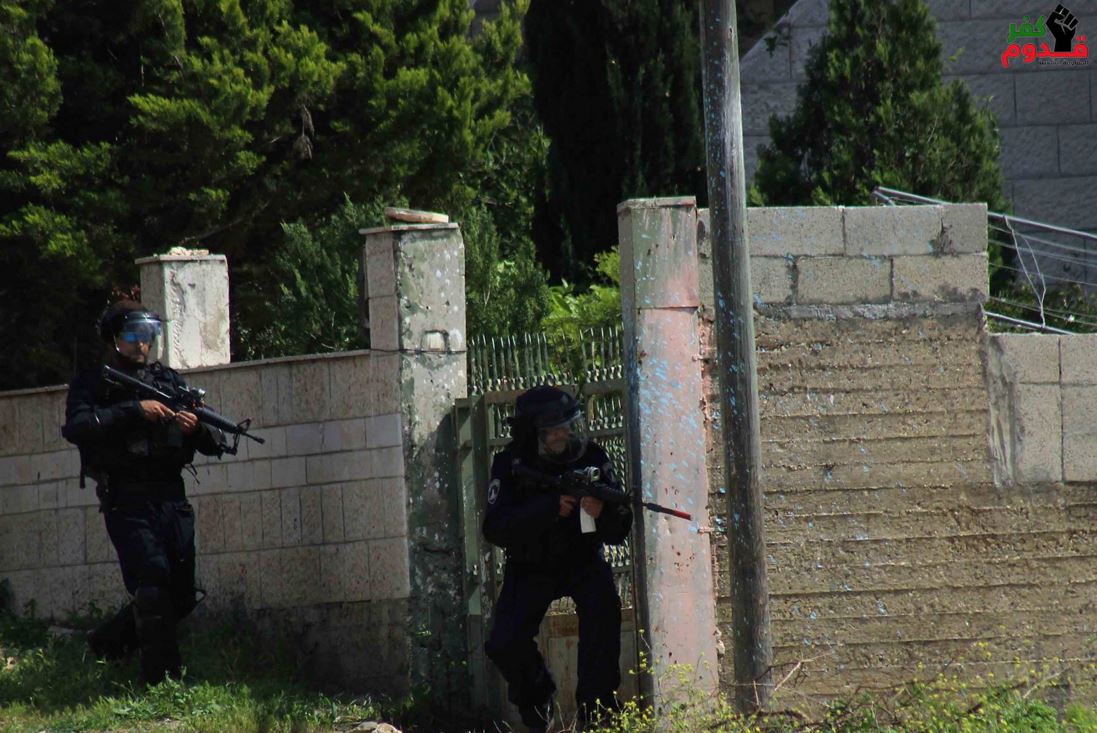