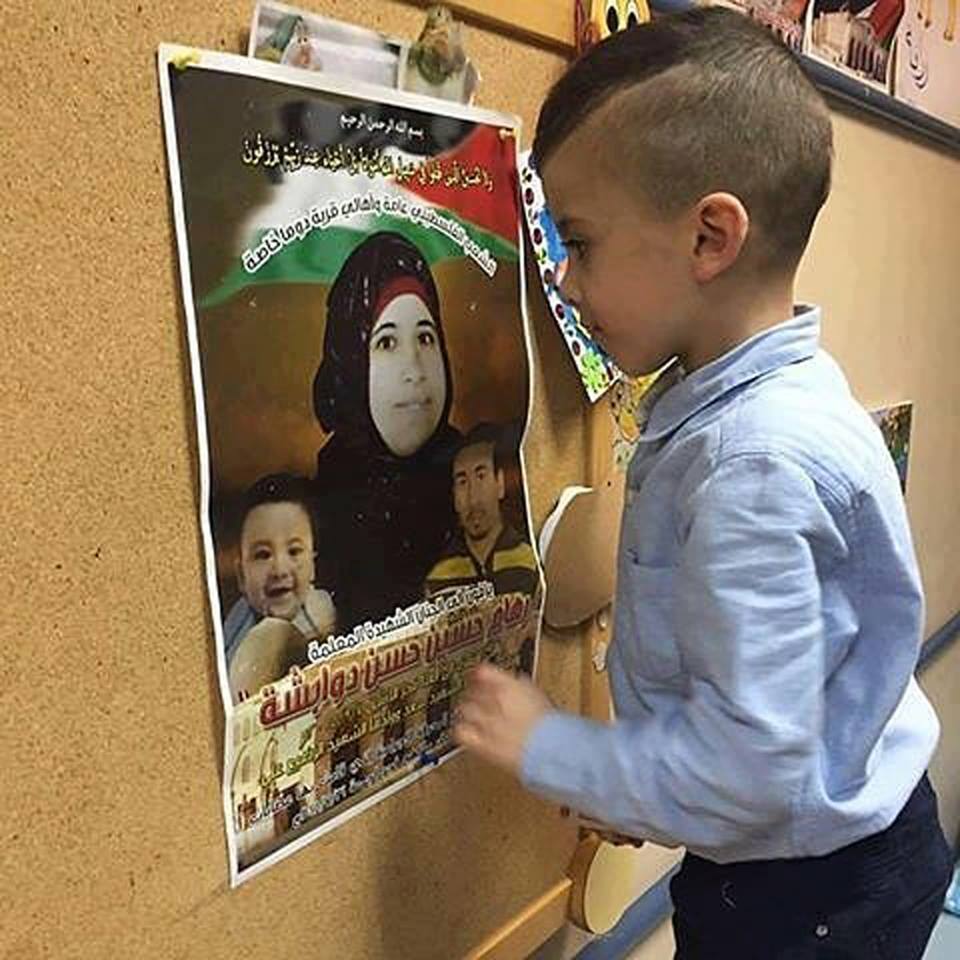 Five-year old Ahmad Dawabsha, who was four when his entire family was burned to death in their beds last July, returned to his hometown for the first time on Tuesday.The child was severely burned over 85% of his body, and has remained in hospitals and rehab centers since the attack last summer. The arson attack killed his mother Riham, his father Saad, and 18-month old brother Ali.

Three Israelis were arraigned on charges in January for the arson attack, two of them minors. The main witness in the case, a relative of the family who was killed, has suffered from severe intimidation, including an attempt to burn him and his wife alive this past Sunday morning.

Five-year old Ahmad has years of medical treatment ahead of him, and will never fully recover from the burns he suffered that night.

His uncle, who has been caring for the child since his family was killed, says that Ahmad does still not fully understand where his family has gone. He repeats the words, “They are in heaven”, but still asks to see them, and does not understand that he will never see his parents or baby brother again.