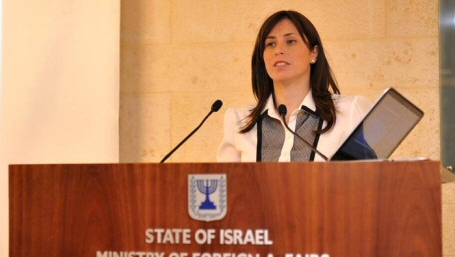 Israel’s foreign ministry will create a reality programme in which the public selects a “hasbara video” to represent Israel.

Israeli and international, amateur and professional filmmakers who “love Israel” are invited to submit short videos for the competition, which involves a cash prize. Video categories include ‘lies of Palestinian propaganda’ and Jerusalem.

The Israeli online news site Ynet reports, according to AIC, that the video selected by viewers of the reality programme will become an official video of Israel and distributed by Israeli embassies throughout the world.

Deputy foreign minister Tzipi Hotovely (Likud), one of the brains behind this planned radio show, told ynet that “I believe this is an opportunity for numerous Israelis and lovers of Israel throughout the world to contribute their talents and change the global discourse, thus contributing to an improvement in Israel’s position.”