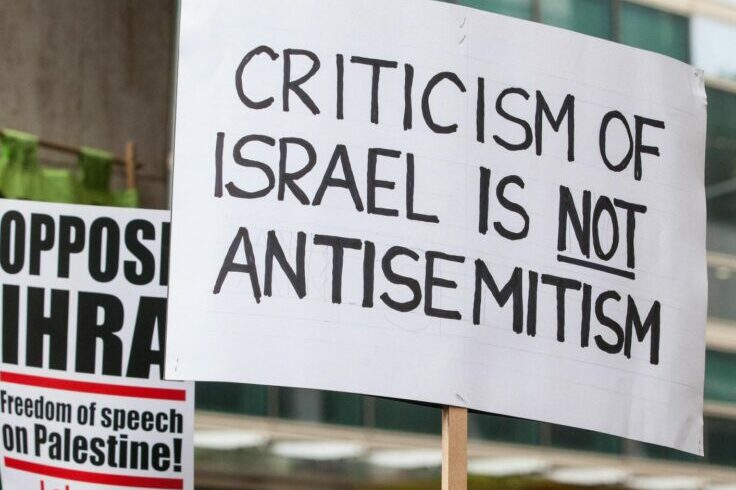 We write as Jewish faculty from across Canadian universities and colleges with deep concern regarding recent interventions on our campuses relating to Israel and Palestine. Addressing all forms of racism and discrimination, including antisemitism, is imperative at this historical moment. Among the target signatories, many share family histories profoundly and intimately shaped by the Holocaust. We write out of a strong commitment to justice, which for some of us is vital to an ethical Jewish life.

We add our voices to a growing international movement of Jewish scholars to insist that university policies to combat antisemitism are not used to stifle legitimate criticisms of the Israeli state, or the right to stand in solidarity with the Palestinian people. We recognize that the Boycott, Divestment and Sanctions (BDS) movement is a legitimate, non-violent form of protest. While not all of us endorse the BDS movement we oppose equating its support with antisemitism. We also are deeply disturbed by the upsurge of antisemitic acts in recent years which display painfully familiar forms of antisemitism.

We are specifically concerned with recent lobbying on our campuses for the adoption of the International Holocaust Remembrance Alliance (IHRA) working definition of antisemitism. This definition offers a vague and worrisome framing of antisemitism as “a certain perception of Jews, which may be expressed as hatred toward Jews” and that may be “directed toward Jewish or non-Jewish individuals and/or their property.” The most serious problem however is that the definition is tied to a series of examples of which many are criticisms of the Israeli state. For this reason, the IHRA working definition has come under extensive criticism.

Not only does it essentialize Jewish identity, culture, and theology, it also equates Jewishness and Judaism with the State of Israel – effectively erasing generations of debate within Jewish communities. The issue is particularly pressing as the IHRA working definition has been invoked by those seeking to interfere with collegial governance and student life at Canadian universities. The IHRA working definition distracts from experiences of anti-Jewish racism, and threatens to silence legitimate criticism of Israel’s grave violations of international law and denial of Palestinian human and political rights.

On campuses where this definition has been adopted it has been used to intimidate and silence the work of unions, student groups, academic departments and faculty associations that are committed to freedom, equality and justice for Palestinians. A range of international Jewish institutions have recognized this problem; for example, the New Israel Fund of Canada has recently retracted their support for the IHRA working definition of antisemitism.

Furthermore, the University College London (UCL) has seen its Academic Board advise that the university seek an alternative definition of antisemitism and reverse adoption of the IHRA model. The UCL Academic Board joins a growing chorus of voices, including over 500 Canadian academics and multiple statements by Jewish and Israeli academics, British academics who are Israeli citizens, and specialists in Jewish and Holocaust history, opposing the adoption of the IHRA working definition of antisemitism.

We know that there is serious and occasionally fractious disagreement on our campuses about antisemitism and its relationship to criticism of the State of Israel. These disputes cannot and will not be resolved by definitional fiat. If the goal of adopting the IHRA definition is to quell further conflict around the legitimate scope of criticism of Israel, it will surely fail. This is already evident at many academic institutions.

Adopting a seriously flawed framework to confront antisemitism is antithetical to the broader pursuit of justice and tolerance at the core of the mission statement of many universities. Freedom to criticize the policies and practices of any state without exception, including the State of Israel, is central to accountable scholarship, learning and education. We believe it is also central to building a more just academy.