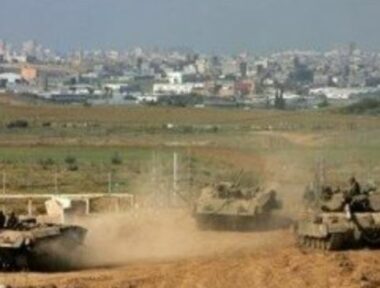 Eyewitnesses said the vehicles, including four armored bulldozers, came from Kissufim military base, across the perimeter fence.

They added that the vehicles advanced dozens of meters into Palestinian lands, before bulldozing them and installing sand hills close to the fence.

The attacks are part of the repeated Israeli violations targeting farmers, shepherds, workers, and fishermen, and have led to dozens of casualties, including fatalities, in addition to serious property damage and the confiscation of many boats after abducting the fishermen.