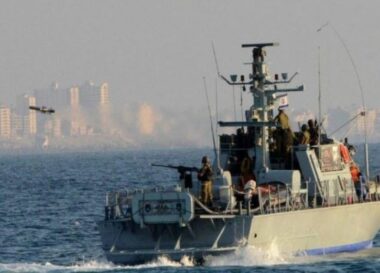 Eyewitnesses said the navy fired many live rounds at the boats while fishing west of the Sudaniyya Sea area, northwest of Gaza city.

They added that the attack took place approximately at 6:30 in the morning, and forced the Palestinians to return to the shore, without being able to fish and provide for their families.

The attacks are part of the dozens of Israeli violations targeting Palestinian fishermen, farmers, and workers, in the besieged and impoverished coastal region.