Israeli Colonists Install A Tent On Palestinian Land Near Bethlehem 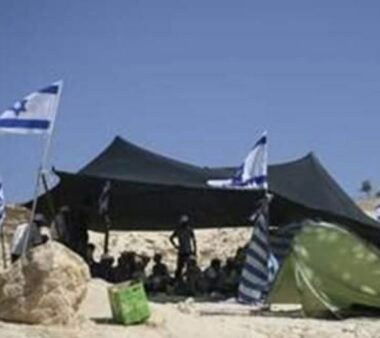 A group of illegal Israeli colonialist settlers invaded, Sunday, a privately-owned Palestinian land, east of Bethlehem, south of occupied Jerusalem in the West Bank, and installed a tent.

He added that the colonists installed a tent and started preparing for a new illegal outpost on the Palestinian lands.

The outpost is intended to block the Palestinians from entering their lands in the area.

In related news, Israeli soldiers confiscated a Palestinian tractor and denied many farmers access to their own lands, west of Salfit, in central West Bank.

The soldiers also confiscated a bulldozer, owned by a Palestinian from Burin village, south of the northern West Bank city of Nablus, while working on building a greenhouse belonging to a local school.