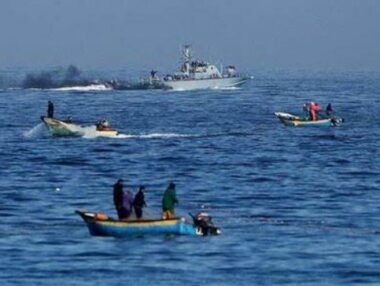 They added that the attack caused one boat to capsize, before the fishermen were forced to return to the shore, without being able to fish and provide for their families.

The attack is part of the dozens of Israeli violations targeting Palestinian fishermen, farmers, and workers, in the besieged and impoverished coastal region.