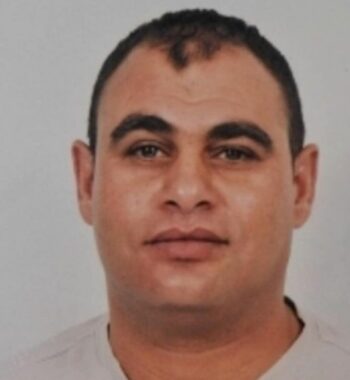 The Palestinian Commission of Detainees and Ex-Detainees has reported, Thursday, that a Palestinian detainee, held by Israeli under arbitrary Administrative Detention orders, is ongoing with a hunger strike for the 35th consecutive day.

The Commission stated that the detainee, Emad al-Batran, 47, from Hebron city in southern West Bank, is currently at the Ramla prison clinic, which lacks specialists and basic supplies.

It added that al-Batran was slapped with the first administrative detention order on January 27th, 2020, which was renewed four times since.

On January 21, 2021, he was slapped with another four-month order, holding him captive without charges or trial.

Al-Batran suffers from various health conditions, including in his arteries, joints, and muscles, and has recently started vomiting blood. He is only drinking water, and not taking any medications.

It is worth mentioning that al-Batran has been repeatedly abducted and imprisoned by Israel, spending about ten years behinds bars, mainly under the same arbitrary Administrative Detention orders.

In the year 2013, al-Batran went on hunger strike for 105 days, in addition to 35 days in the year 2016, protesting his Administrative Detention.