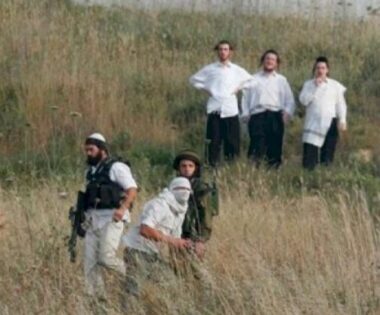 As’ad Sbeih, said four colonists assaulted his brother, Ahmad Sa’id Sbeih, 39, while working on his land in the Ein al-Qassis area, in the western part of the town.

He added that his brother suffered various cuts and bruises, before he was rushed to Beit Jala governmental hospital for treatment.

Ein al-Qassis area witnesses frequent assaults and violations by the colonialist settlers, who attack the Palestinian farmers and their lands, uproot their crops and trees, in addition to unleashing their dogs on them.