Soldiers Injure Many Palestinians In Salfit 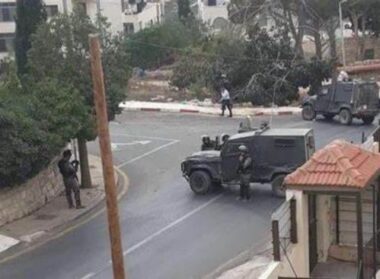 Local sources said the soldiers wired and detonated the front doors of several homes, before breaking into them, and ransacked them, in the Old City area, causing serious damage.

They added that, just before the army invaded the city, an undercover unit infiltrated into it using a civilian car with Palestinian license plates, but the locals noticed them, before several army jeeps invaded the area, and started firing gas bombs and concussion grenades at the Palestinians and their homes.

Many Palestinians suffered the effects of teargas inhalation and received treatment by local medics.