Abbas and the Farce of Palestinian Democracy 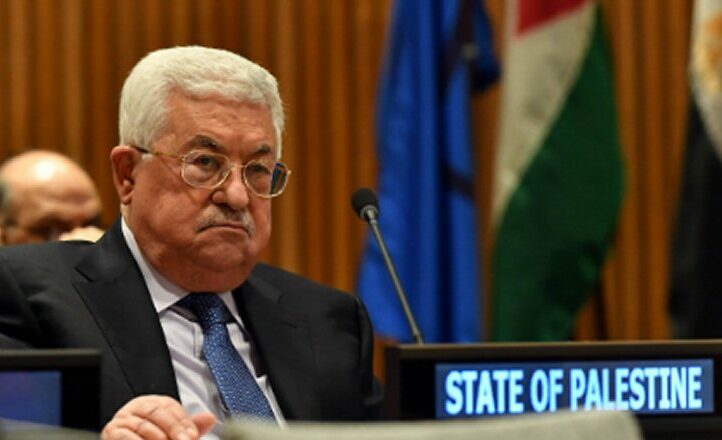 Since Mahmoud Abbas’s accession to the Palestinian Authority (PA) presidency in 2005, he has dominated the Palestinian political scene by consolidating his grip over various institutions while constraining opposition parties and figures. In addition to the split between Hamas and Fatah, which has been a formidable stumbling block for internal Palestinian politics, this has left little room for democracy and popular political participation. Indeed, Abbas is now entering a decade past his elected mandated term as PA president.

In December 2018, in a Palestine Liberation Organization (PLO) executive meeting, Abbas announced a new Supreme Constitutional Court (SCC) ruling that called for the dissolution of the PA’s Palestinian Legislative Council (PLC) and for elections to be held within six months. The following day, Hamas rejected this, stating that the decision was not constitutional and that neither Abbas nor the SCC were permitted to dissolve the PLC. Hamas instead called for general elections for the presidency as well as for the PLC and the Palestinian National Council – the legislative body of the PLO.

This month, Abbas stated that the legislative elections would only take place if they include East Jerusalem. Yet the current Israeli regime has been clear that it would never allow for such Palestinian political activity in Jerusalem, as this would challenge Israeli claims of sovereignty over the entire city. Saeb Erekat, the secretary general of the PLO Executive Committee and chief negotiator, said that the dissolution of the PLC is part of the transition phase for the PA into statehood; he even went so far as to call for general elections for a constituent assembly for the state of Palestine. Yet this too is unlikely in the context of political fragmentation.

Knowing this and likely knowing that Hamas would challenge the ruling, why did Abbas and his allies dissolve the PLC? It is important to note that Hamas has dominated the PLC since the 2006 elections; it holds 76 seats out of 132, while Fatah only holds 43 seats. However, since the split between the Gaza Strip and the West Bank, the PLC has been a dormant body, leaving the PA legislative process stagnant. Abbas has increasingly ruled by presidential decree in the face of this lack of an effective legislature. The dissolution of the PLC would allow Abbas to consolidate his power further by moving much of the decision-making process to the PLO Central Council, in which Hamas does not exist. In this way, Abbas can increase political pressure on Hamas.

The Basic Law (essentially the constitution) also contains a clause stating that if the president is unable to fulfil their role (that is, if they die), the chair of the PLC takes up the position for 60 days before a general election. The current chair of the PLC is Aziz Duwaik, a Hamas member.

It is also likely that Abbas wanted to decrease pressure from the international community to democratize the PA’s institutions and political processes. Through this move Abbas can place the blame for a lack of democracy (and unity) on Hamas, which is refuting the legitimacy of the dissolution of the PLC, and Israel, who will not allow elections in East Jerusalem.

Meanwhile, Palestinian confidence in the political system continues to dwindle, particularly among youth. The PA is increasingly criticized for its corruption, repression of opposition, and inability to stand up to Israel, which continues to tighten its military occupation of the West Bank and Gaza and apply collective punitive measures on all Palestinians. This has created a situation in which a Palestinian political system cannot flourish. Israel frequently imprisons Palestinian political figures, some of whom, such as Marwan Barghouti and Khalida Jarrar, have suffered lengthy incarcerations. In addition, Israel’s policies are designed to weaken and divide the Palestinian liberation movement. Overall, Israel has created a situation in the West Bank and Gaza in which, for most Palestinians, basic survival now supersedes political organizing and participation.

Yara Hawari is the Palestine Policy Fellow of Al-Shabaka: The Palestinian Policy Network. She completed her PhD in Middle East Politics at the University of Exeter. Her research focused on oral history projects and memory politics, framed more widely within Indigenous Studies. Yara taught various undergraduate courses at the University of Exeter and continues to work as a freelance journalist, publishing for various media outlets, including Al Jazeera English, Middle East Eye and the Independent.