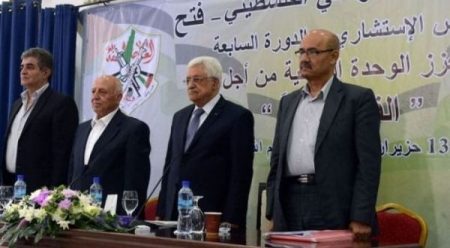 After a two-year delay, Fateh’s seventh congress kicked off in Ramallah, today, where the movement has re-elected President Mahmoud Abbas to a new five-year term.

Abbas said that 60 delegations from 28 countries will be joining the conference tonight.

Hundreds of delegates stood up and applauded Abbas, who then hugged Zanoun, AP reported, according to the PNN.

The five-day conference is expected to cement Abbas’ control of Fateh and lock out his chief rival, the exiled Mohamed Dahlan.