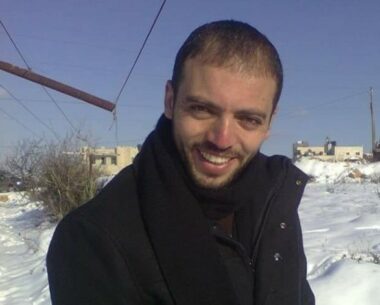 Palestinian political prisoner, held by Israel under arbitrary Administrative Detention orders without charges, continues the hunger strike he started 33 days ago, despite his deteriorating condition.

The detainee, Khalil Awawda, 40, from Ethna town west of the southern West Bank city of Hebron, is demanding to be released, especially since he isn’t facing charges and is held without charges or trial.

The detainee cannot talk except for a few short sentences and lost more than sixteen kilograms.

He is held in a small solitary confinement cell, while the prison administration refuses to discuss his legitimate demands.