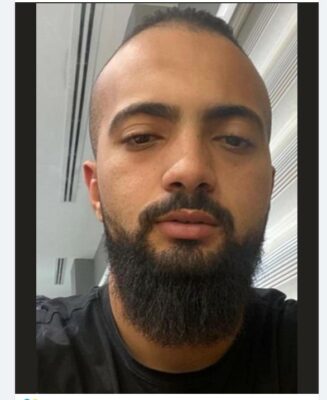 The Israeli army transferred, late Thursday night, the corpse of a Palestinian to his family for burial. The fatally shot Mohammad Ibrahim Shaham, 21, on August 15, from point-blank range in his home in the Kafr Aqab neighborhood, north of occupied Jerusalem, in the West Bank.

Mohammad’s corpse was transferred to the Qalandia military roadblock north of occupied Jerusalem before it was handed to the family.

A Palestinian ambulance went to the roadblock after receiving the authorization from the army, while Shaham’s family and hundreds of Palestinians gathered on the other side, chanting against the escalating Israeli crimes and violations.

Shama’s corpse was then transferred to Palestine Medical Complex in Ramallah; the funeral is planned to be held Friday at the graveyard of the refugee camp.

The Israeli soldiers killed Mohammad, on August 15, after shooting him with a live round to the head from point-blank range the moment he opened the door for the soldiers invading his home and proceeded to ransack the property.