After Reportedly Wounding A Soldier, Army Abducts A Palestinian Woman Near Jerusalem 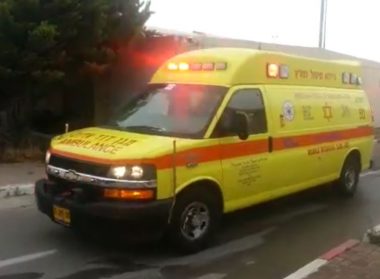 Israeli soldiers abducted, on Monday morning, a Palestinian woman, at the Qalandia Terminal, north of occupied East Jerusalem, reportedly after she stabbed and injured a female soldier.

Israeli sources said the woman, in her thirties, is from Taybeh town, near Ramallah, and that she “stabbed a female soldier in the upper body, mildly wounding her.

The soldier, 25, was treated at the scene, before being moved
to Hadassah Medical center in Jerusalem.

Israeli daily, Haaretz, quoted the army claiming that the Palestinian woman “approached the soldier, pulled a knife from her bag and stabbed her.”

The Palestinian  woman was detained by the soldiers, and was moved to an interrogation center, in Jerusalem.

On Sunday afternoon, an 18-year-old Palestinian allegedly stabbed three Israelis with ‘work tools’ in the lobby of a hotel in Tel Aviv, according to Israeli police. A fourth Israeli, in his seventies, fell trying to escape the attack and was also injured.