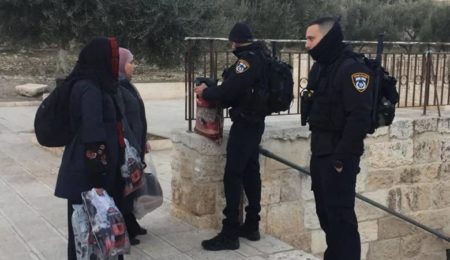 These attacks coincide with occupation police plans to issue a decision to seal Bab Arrahma gate completely, in order to Judaize the area, the office of Islamic Endowments said in a statement, on Wednesday.

Article 38 of the 1874 Brussels Declaration, in a section on “the military power with respect to private persons,” provides that the “religious convictions [of persons] and their practice, must be respected.”

Article 49 of the 1880 Oxford Manual, in a section on rules of conduct with respect to persons ”in occupied territory, provides that “their religious convictions and practice, must be respected.”