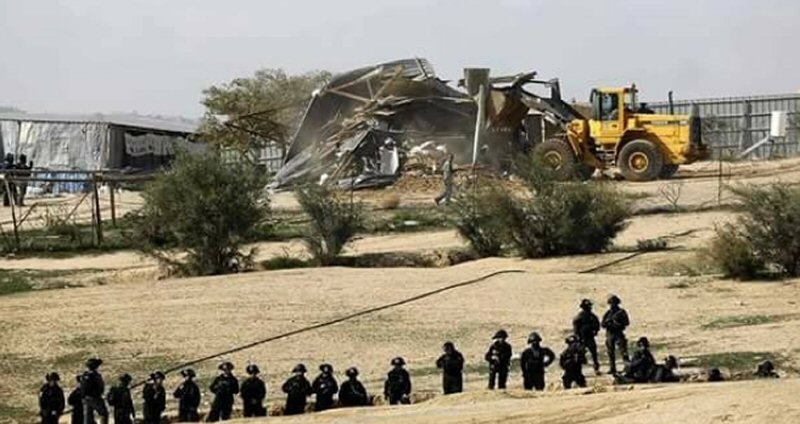 Israeli forces demolished, on Wednesday, al-Araqib Bedouin village, in the Naqab (Negev) desert, for the 130th time since June of 2010.

According to locals, Israeli bulldozers demolished all residential and agricultural tin structures in the village, displacing its residents, WAFA reported.

Al-Araqib is one of 35 Bedouin villages considered “unrecognized” by the Israeli government.