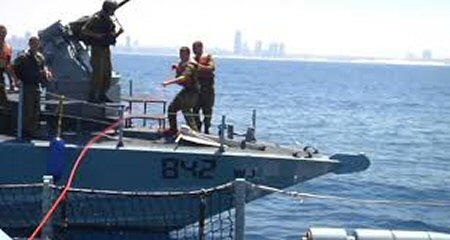 Since the beginning of 2018, Israeli occupation forces have opened fire on Palestinian fishermen in the Gaza Strip 36 times, detaining 10, injuring 5 and seizing 3 fishing boats, Al Mezan Center For Human Rights said Sunday, in a statement.

In their report, the center pointed out systematic Israeli violations on Gazans which are contributing to the deterioration of living conditions and to the spread of poverty in the coastal enclave.

Systematic propensity to repeatedly shoot, kill and injure fishermen, and continue with arbitrary detention, take possession of and destroy fishermen’s tools come in the framework of the Israel’s economic blockade of the Strip, as well as systematic violations to the international humanitarian code of conduct, the center added.

The center, according to Al Ray, demanded the immediate release of the detainees and called upon the international community, especially parties to the Fourth Geneva Convention, to fulfill their moral and legal obligations and work on lifting the imposed land, aerial and naval blockade on Gaza.