Analysis: The Unfair and Illegal Partition of Palestine Turns 74 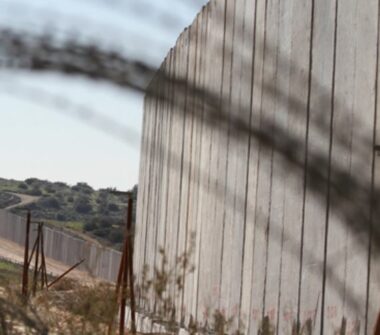 On 29 November, 1947, the newly-created United Nations (UN) approved the Palestine Partition Plan and started the Nakba process. Nakba, meaning “catastrophe”, is an Arabic word used to describe the tragedy that followed, and is still ongoing. The infamous partition made Palestine the only state destroyed with the support of the UN, which allowed the emergence of the “Jewish State” based on the usurpation of the national heritage of the Palestinians.

Greed for Palestine took shape in the Zionist policy of 1937 and during World War II, when the British tried to impose the creation of a binational state rejected by the Zionists. In February 1947, the British Empire transferred the issue of Palestine to the UN, which was under its domain, as mandated by the former League of Nations since 1922. The division of the territory into two states became the solution proposed by England, and the interests of the Palestinians would be totally debased.

As a result of heightened tensions between the Arab and Jewish nationalist movements, Great Britain proposed the convening of a Special Session of the UN General Assembly. Its most important theme was the end of the British mandate, demanded by both Arabs and Jews, to discuss political alternatives to the territorial dispute and recommend a diplomatic solution to be deliberated.

The recommendation to the General Assembly to formulate a plan for the partition of Palestine into two states was successful. The US was initially against the two-state option. However, out of sheer electoral opportunism to win the Jewish vote for his re-election in 1948, President Harry S. Truman (1945-1953) determined that Ambassador Herschel Johnson would announce to the UN Security Council that the US supported the plan drawn up by the Special Committee on Palestine.

With the partition carried out through Resolution 181 of the General Assembly, Jews, who held seven per cent of the territory, now have 53 per cent. Forty-seven per cent of their historical territory was allocated to the Palestinians – a percentage comprising a desert, rocky lands and barren hills. Furthermore, the deliberation placed the holy city of Jerusalem under UN control, taking it out of the control of Palestinians, Christians and Muslims.

This was an unfair sharing in all respects, as Palestine was home to more than 1.4 million Muslims and Christians, while the Jewish population stood at 630,000, two-thirds of whom were immigrants from Central Europe and Eastern Europe. Thus, Great Britain ended its mandate with a great act of betrayal of the Arabs, for whose welfare and progress it had pledged to watch over. Upon leaving Palestine, Great Britain handed over to the Zionists the power in the territory, including the control of its military bases in Palestine.

The Partition Plan was an illegal measure, as the UN was not invested with any sovereignty over Palestine. Furthermore, the General Assembly is not an instance of the UN endowed with superior sovereignty. This power, by virtue of the UN Charter (Art. 12), is reserved for the Security Council, which is responsible for deciding and applying it with exclusivity.

The UN did not have any prerogative that would allow it to divide a state or allocate part of its territory to emigrants of different nationalities, nor to grant them territorial and political rights different from those granted to the inhabitants of the Palestinian land.

With the approval of Resolution 181, the UN made Palestine the only state to be destroyed in order to be implanted on the ruins of its territory and on the bodies of its martyrs; a state that today is known to be monstrous and whose creation continues to put the community of nations in permanent conflict with regional and world peace.

In addition to giving political means and international endorsement to the Zionist colonial project, the UN provided the conditions for the emergence of this political aberration that started to adopt all sorts of violations, racism and genocide in Palestine and throughout the Middle East region. Although Resolution 181 has represented support for the Jewish colonial project, Israeli leaders still do not accept and respect the terms of the plan, which provided for the creation of the Palestinian state and the granting of special status to the holy city of Jerusalem.

After the partition and the subsequent foundation of Israel on 15 May, 1948, the Zionist militias unleashed continued actions to occupy the land and homes of the Palestinians through the physical annihilation and expulsion of their owners. Zionists wanted the Palestinian lands and homes, but they didn’t want the Palestinians to remain with them.

When the first phase of the Nakba was completed by Zionist forces, the “Jewish State” comprised 78 per cent of historical Palestine, leaving only the West Bank, including East Jerusalem and the Gaza Strip, which were under the control of Jordan and Egypt, respectively. In the 1967 aggression, Israel advanced on the remaining 22 per cent, following the colonisation that started in 1947. The final objective was the complete destruction of Palestine.

The 1947 Partition Plan is a crucial point in understanding Israel’s constant aggressions and violations today. Even though resisting the incessant onslaught of Zionism bears a high cost from a human, social and economic point of view, the Palestinian people continue to resist bravely to protect their lands, history and culture.

The world owes the Palestinian people a debt. Respect for rights and justice demands from the UN the realisation of an entirely sovereign and independent Palestinian state, with Jerusalem as its eternal and ecumenical capital, with the right of return for refugees, and with compensation and permanence of all on Palestinian land.


Sayid Marcos Tenório is a historian and specialist in international relations. He is vice president of the Brazil-Palestine Institute (Ibraspal) and author of the book Palestina: do mito da terra prometida à terra da resistência (Palestine: the myth of the promised land to the land of resistance) (Anita Garibaldi/Ibraspal, 2019).