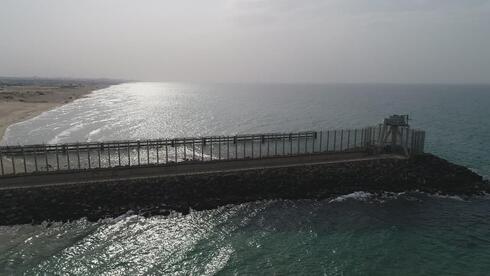 By Motasem A Dalloul for Middle East Monitor

Israel announced, last week, the completion of the highly technological security wall on its side of the occupied and besieged Gaza Strip. This sensor-equipped underground wall, Israel claims, is a counter-measure developed to prevent Palestinian resistance in Gaza from digging tunnels that they use to carry out resistance attacks against Israeli soldiers during wars.

During the 51-day Israeli offensive on Gaza carried out in 2014, when Israel killed more than 2,260 Palestinians and wounded more than 11,000 others, the Palestinian resistance used the tunnels to infiltrate into the military sites of the Israeli occupation soldiers and clashed with them, killing a number of them.

The Israeli occupation raised the issue of the wall in 2016, noting that it consists of an above-ground fence and subterranean barricade, includes a naval barrier, radar systems, hundreds of cameras, sensors, remote-controlled weapons system and command and control rooms.

In a statement issued by his Ministry, Israeli Defence Minister, Benny Gantz, said: “The barrier, which is an innovative and technologically advanced project, deprives Hamas of one of the capabilities [defence tunnels] it tried to develop. [It] places an ‘iron wall’, sensors and concrete between the terror organisation and the residents of Israel’s south.

Will this 3.5 billion shekels/NIS ($1.1 billion US) wall, which is 40-miles (65-kilometer) long, prevent Hamas and the other Palestinian resistance factions from reaching out to the Israeli occupation soldiers during any Israeli offensive?

First and foremost, the Palestinian resistance will not see anything impossible to hit back against Israeli occupation aggression. Israeli writer, Amos Harel, who is described by Israeli daily, Haaretz, as one of Israel’s leading media experts on military and defence issues, said that the Palestinian resistance used the tunnels to carry out attacks against the Israeli occupation after the operation of the Iron Dome system, which is being used to intercept the homemade Palestinian rockets.

About the barrier, he wrote on Haaretz that the new Gaza barrier “proves that it (Israel) prefers walls to war,” pointing out that this barrier is just a huge project that consumed much money that would have been better spent on education, social and healthcare programmes. “Would-be attackers in Gaza will probably seek and find more detours around the $1.1 billion wall,” he said, noting that the Palestinian resistance has already started investing in attack drones.

Gideon Levy, a senior Israeli journalist, told me that he did not think that this barrier would reduce the Israeli attacks on Gaza, nor would it protect the Israeli occupation from the Palestinians. Harel asked if Israel was obliged to go for a ground operation on multiple fronts, would it be able to win?

Yoav Zitun and Matan Tzuri reported a senior Israeli military official saying to Yedioth Ahronoth that the barrier cut the Palestinian tunnels from Gaza to Israel, there is nothing that guarantees an absolute solution for Palestinian infiltration into Israel.

It is worth noting that Zev compared this barrier with the Chinese wall, which is an attractive place for tourists and visitors. Zev and Levy said that this wall just tightened the Israeli occupation siege imposed on the Gaza Strip.

In 2002, late Israeli Prime Minister, Ariel Sharon, decided to build a wall in the occupied West Bank in order to prevent Palestinian resistance attacks. The wall was completed, but the attacks did not stop.

“We do not speak too much,” a Palestinian resistance source told me. “But when the Israeli occupation carries out any attack against the Palestinians, the whole world will be shocked with our resistance abilities.”

He added: “The creativity of our resistance does not stand paralysed in front of this Israeli barrier or any other Israeli measures aimed at paralysing it. We have our plans and the Israeli army will be under our feet in any future confrontation.”